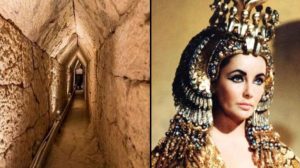 A mysterious tunnel that has not been seen for centuries was recently discovered under a colossal ancient Egyptian temple dedicated to the god Osiris. Some researchers believe that this tunnel leads to the long-lost tomb of Mark Antony and Cleopatra.

A tunnel 1,305 meters long was discovered at the Temple of Taposiris Magna Osiris in Alexandria on the Egyptian coast. It is carved into the rock at a depth of about 13 meters below the surface of the earth.

According to the Egyptian Ministry of Tourism and Antiquities, it was recently discovered by the Dominican-Egyptian Archaeological Mission of the University of San Domingo. 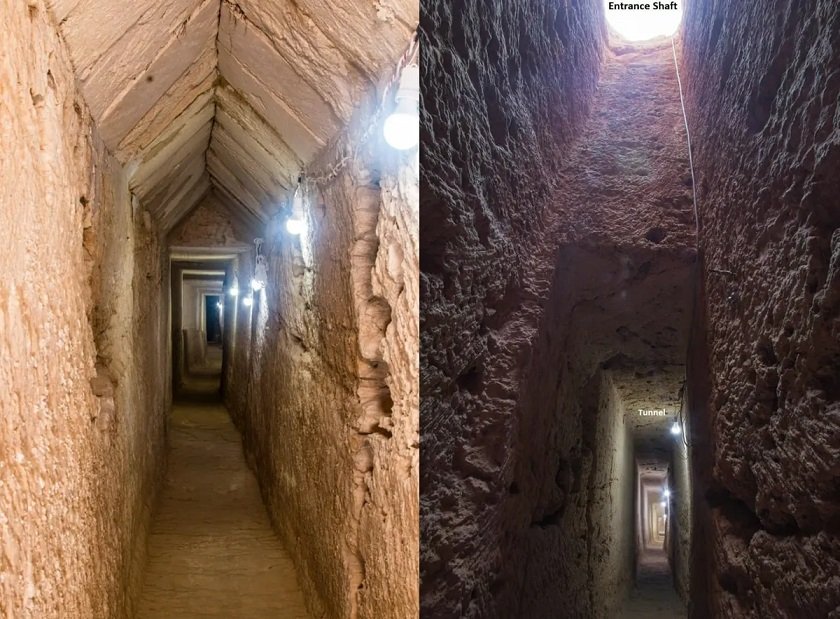 Describing the find as an “engineering marvel,” excavation leader Kathleen Martins said the tunnel’s architectural design is very similar to that of the Evpalinos Tunnel in Greece, an ancient 1,036-metre-long tunnel that ran through Mount Kastro.

Research has shown that this area of ​​the Egyptian coast experienced at least 23 earthquakes between 320 and 1303 CE, which archaeologists believe caused the tunnel to collapse.

Since 2009, there have been rumors that Taposiris Magna houses the tomb of Mark Antony and Cleopatra VII, the last monarch of the Ptolemaic kingdom, who ruled Egypt from 51 to 30 BC.

In 2009, artifacts discovered at the temple of Taposiris Magna led archaeologists to speculate that the famous couple’s tomb was nearby.

Coins with Cleopatra’s name and parts of a mask have been found that they believe could represent Mark Antony. Since then, it is believed that Antony and Cleopatra are buried in the same tomb, which may be located near the temple of Taposiris Magna.