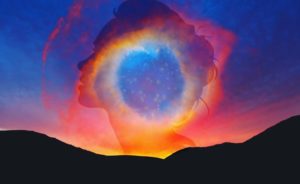 The higher dimensions are inhabited by spirits who are closer to the mind of God (Buddha). As the spirits ascend to the higher dimensions, they move further away from worldly or human attributes, becoming spiritually free and limitless beings.

The Posthumous Realm of the fourth dimension

The fourth dimension is the lowest level of the Spirit World and it is divided into the Astral Realm and the Realm of Hell. The Realm of Hell is a world of delusion and suffering. It is not a big world such as to be the equivalent to the Heavenly Realm.

Hell exists in a part of the fourth dimension as an asylum for souls that forgot their true spiritual self and led a deluded way of life on earth.

The Spirit World of the fifth dimension

The fifth dimension is known as the Realm of the Good and is the world inhabited by those whose thoughts are good. It is the world generally known as “Heaven.”

The people of this world have the will to treat those around them in the way they themselves like to be treated. The souls of the fifth dimension understand the value of giving love; they bless others and reflect upon themselves, and their hearts are humble and pure.

The Realm of Light in the sixth dimension

The sixth dimension is known as the Realm of Light and is the world inhabited by excellent leaders who possess good thoughts and can put spiritually nurturing love into practice.

The upper level of the sixth dimension is the beginning of what is known as “the realm of the high spirits”, the realm inhabited by those who have attained the state of Arhat and are aiming to become Bodhisattvas or angels.

The inhabitants of the sixth dimension are studying the knowledge of God’s (Buddha’s) Truth while undergoing further spiritual training.

The Realm of the Angels/Bodhisattvas in the seventh dimension

The seventh dimension is the world inhabited by angels or Bodhisattvas and is known as the Bosatsu or Angelic Realm. It is a world of true love. The inhabitants of this world have selfless minds; they live to serve God (Buddha) and work for the salvation of human souls.

They concentrate their mind on how to lead human beings to do good and put God’s (Buddha’s) Truth into practice. They further deepen their spiritual refinement by focusing on how to increasingly interweave the mind of God (Buddha) into their practice.

The Tathagata Realm in the eighth dimension

The eighth dimension is called the Tathagata Realm. It is the world where the leaders of the angels (Archangels) and Bodhisattvas live. Tathagatas are great souls that bring religious sects into being and create the ‘spirit’ of the various ages.

The attributes of the human soul have faded for the inhabitants of this realm and they exist as huge bodies of consciousness. They have a thorough knowledge of their essential freedom as spirits, and when it is necessary to take action, they can divide their consciousness into as many parts as needed.

The Cosmic Realm of the ninth dimension

The ninth dimension is known as the Cosmic Realm or the Realm of Saviors; it is the world where saviors, who can launch global religions, live.

Ten great spirits, who have been involved in the matters concerning this planet Earth ever since it was created, live in this realm. Each of them is a source of the prism of seven-colored light that shapes the characteristics of the terrestrial spirit group.

In the highest sacred zone of the ninth dimension, the Supreme God, Lord El Cantare exists. He is the source of the light; of love, compassion, wisdom and courage. Lord El Cantare is the father of human souls, guiding the whole of humankind to spiritual evolution and eternal happiness.

Where is the Mind? The Mind Exists Without the Brain