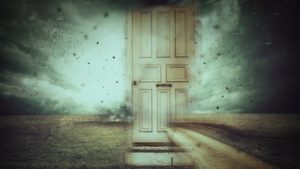 A very strange story, full of mystery, happened the other day in San Francisco.

On January 9, cameras recorded 50-year-old Christopher Voitel entering the apartment. Further, nothing is known about his fate, while the man later did not get into the cameras installed inside the house and nearby. Police officers who searched the American’s home confirmed that the front door was locked from the inside.

The last message Voitel sent was addressed to his niece. In it, the man asked to tell his sister, so that she urgently check the messages. According to relatives, recently Voitel has behaved strangely: he wrote unusual posts on social networks, asked for money, talked about escaping to the mountains.

At the same time, he did not work for several years, suffering from depression.

Familiar men said that not so long ago he met a homeless man named Bud, who was fond of the occult and Satanism. Less than two days before the disappearance of Voitel, Bud came to his apartment, leaving the next day.

A private detective, hired by the missing person’s family, claims that the strangest circumstance is that Voitel did not leave the apartment.

In the future, hackers may gain access to a person’s thoughts and memories