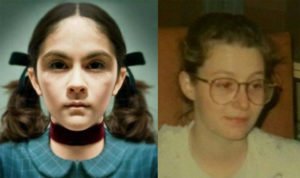 For some reason, Klara Mauerova, her 34-year-old sister Katerina Mauerova, Barbara Skrlova and Barbara’s brother, Jan Skrla decided that Ondrej and Jakub were far too happy and normal. In order to rectify the situation, the adults in the household decided to torture the two children.

Ondrej Mauer and his brother Jakub had been whipped with belts. They had cigarettes stubbed out on them. They had been dunked under water until they were on the verge of drowning. Ondrej and Jakub had been sexually abused and made to cut themselves with knives.

They were forced to stand and sit in their own urine and feces for days in the dark while being kept in cages or handcuffed to tables.

Ondrej also had the pleasure of being skinned. His flesh, which was cut from him in strips, was either fed to the boy, or had been fed to the adults in the household.

Once pieces of the boy had been carved from him, he had been gagged and tied and thrown into a room to sit for a while.

And Klara Mauerova and Barbara Skrlova really would have gotten away with it all, at least for a while, if it wasn’t for the fact that a father in a house nearby wanted to keep better tabs on his baby and bought a video baby monitor.

As those of you who have purchased and used baby monitors in the past know, sometimes signals from those monitors get mixed up. People can hear or see things from nearby baby monitors on their own.

An extremely disturbing signal. When this man looked at his video monitor, he saw his neighbor’s then 7-year-old son, Ondrej Mauer, tied up, naked and bleeding in a dark closet. 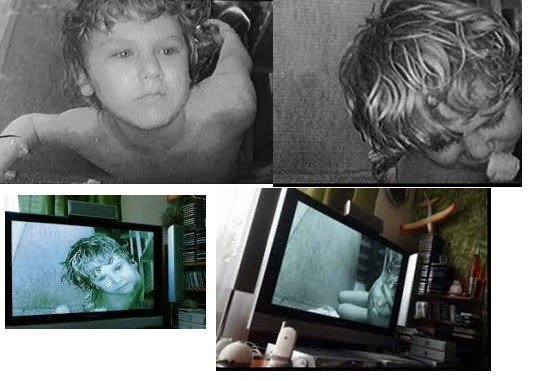 So he called the cops.

Police searched the Mauerova house on the 10th of May, 2007. When Katerina Mauerova and Klara Mauerova refused to open a locked door, it was broken down. Behind that door was Ondrej.

Ondrej Mauerova had been beaten, was dehydrated and in generally very poor health as a result of the abuse that he endured for what is believed to be about six months.

There was a video monitor next to him that Klara Mauerova had used to watch the abuse from the kitchen. Ondrej’s brother Jakub was taken by authorities, along with 13-year-old Anna.

A few days later, Anna disappeared from her foster home. Everyone looked for Anna, who Klara Mauerova had legally adopted in March of 2007. She couldn’t be found, however, and authorities looked a little deeper into her history, which was a little…blank.

Authorities believe that when Klara Mauerova appealed to court for custody of Anna, whom Klara said had been abandoned by her own family, the daughter of a fellow cult member pretended to be the young girl.

The cult then gave the newly created identity of Anna to Barbara Skrlova – who looks like a 13-year-old girl – so she could be groomed for a leading role in the sect. Authorities believe that the cult wanted to turn the tiny girl into sort of an idol for them to worship.

After being released, Barbara Skrlova ran off to Norway for a while, at one point sending a 9-page letter to President Vaclav Klaus defending Klara Mauerova. In the end, however, Barbara Skrlova was found, arrested and brought back to face the music.

Klara Mauerova cried and cried during her trial. She admitted the torture of her son Ondrej and his ten year-old brother Jakub. Responsibility for the torture, however, according to Klara, did not rest on her. She had been manipulated by Barbara Skrlova and Katerina Mauerova into doing those horrible things to her children.

We can only hope that justice in the Czech Republic is swift and painful for everyone involved.