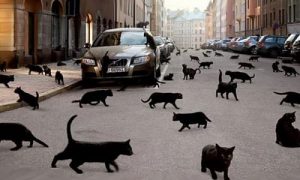 Superstitions predicting misfortune and bad luck have been a common belief since ancient times. This article focuses on these beliefs and their origins.

Superstitions are widely considered to be irrational beliefs and practices that are inconsistent with the laws of science. Yet since ancient times people have examined almost every occurrence, believing them to be a warning of bad luck or an indication of good luck.

Historian Thomas Sharper Knowlson explained that superstitions probably had their origin from early man’s attempts to explain nature and human existence; to invite fortune; pry into the future; and avoid evils. There are numerous superstitions based on these evils, many resulting in illness, loss of wealth, failure in personal endeavours and even death. Below are a description of some of these bad luck superstitions and where possible details on the origins have been added.

There are conflicting beliefs in regards to cats on whether they represent good or bad luck. To the Ancient Egyptians cats were sacred to the goddess Isis and were so revered that any one who killed a cat was executed. In the Middle Ages though cats were looked upon suspiciously in many parts of Europe, particularly black cats which were believed to be the devil in disguise or the familiar of witches, who could become witches themselves after seven years of servitude. 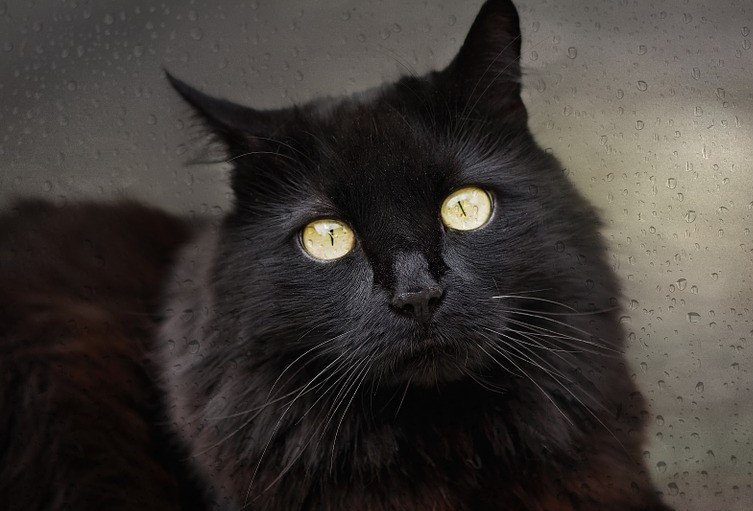 People believed that crossing paths with a black cat was a sign that the devil was watching them and even today some people fear that their pet cat will suck the breath out of their body while they’re asleep. To prevent this they shut the cat out of the bedrooms at night.

Many olden day clocks required constant maintenance and winding to keep them working. If the owner of the clock became deathly ill they would be unable to wind the clock just before their death, which would ultimately see the clock wind down and stop functioning around the time the owner died. This was most likely the source of the superstition that clocks will stop dead at the same time their owner dies.

In some rural communities a house’s occupants were considered cursed to encounter misfortune if a crow had begun cawing nearby. To forestall this upcoming calamity some people would bow or take of their hats when a crow appeared around them.

The crow’s origin as a bearer of bad news may originate from Ancient Greek legend. Apollo, the god of the Sun, medicine, prophecy and knowledge amongst many other things, was said to have travelled with a white crow as a companion. The crow reported to Apollo that his love, a nymph named Coronis was unfaithful. Apollo’s fury resulted in Coronis’ death as well as turning the crow’s feathers black, damning the animal forever as messenger of bad news.

Usually found in buildings boring into wooden furniture and structures, the Death Watch Beetle received its name from the belief that the tapping sound it generated in the house predicted a death in the family. The beetle actually makes this noise to communicate and attract a mate.

A dog howling at an open doorway is supposedly a death omen for someone in the household. A possible explanation for this is that the dog may be able to sense a chemical change in human tissue and therefore be able to sense that their owner is sick, as there are historical instances of dogs acting distressed hours before their masters death. 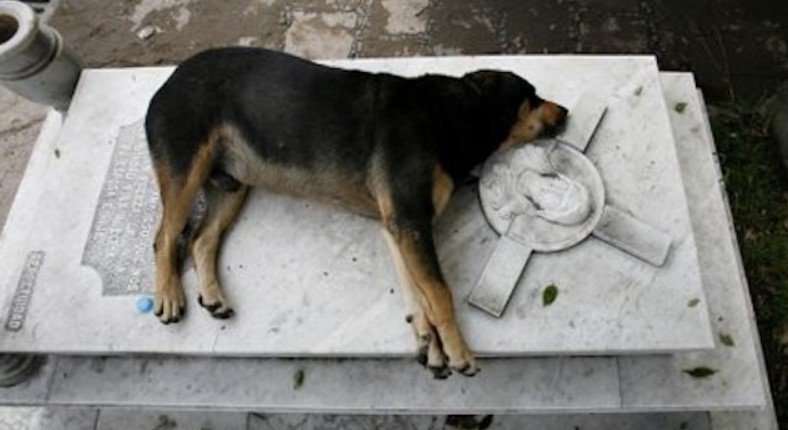 Dogs are also believed to be able to sense which people are good and bad, so a dog whining or howling when a child is born may be a sign that the child will live an unhappy life and possibly become a criminal.

A common superstition is that a person will die in their sleep if they have a dream where they are falling and fail to wake before they hit the ground. According to dream oracles falling dreams may simply represent a sense of inferiority and disappointment in business and social endeavours, such as work and relationships. However some dream oracles state that falling dreams actually predict this failure, rather than being based on the person’s insecurities.

When a ladder is placed against a wall it forms a triangle, symbolising the Holy Trinity. Walking through the triangle is considered an insult to the Trinity which attracts the Devil’s attention.

While laughter is considered good for your health, some superstitious people believe that those who laugh excessively have been ‘possessed’ by mirth and will not live much longer. Another superstition is that those who laugh or sing before breakfast will cry before dinner. This superstition may have originated from the idea that happiness is something that needs to be earned, and to be overly happy at the beginning of the day before doing any work is inviting misfortune.

Thousands of year before mirrors man stared amazed into pools and ponds and interpreted their reflection as a piece of their soul that could be injured. This belief was carried over when mirrors were invented.

As a mirror contains the soul of the person standing before it, breaking a mirror results in their soul being injured, cursing them with seven years bad luck. This duration was chosen by the Romans who believed that the body renewed itself every seven years. Another popular explanation is that it may have taken people seven years to save enough money to buy a new mirror. 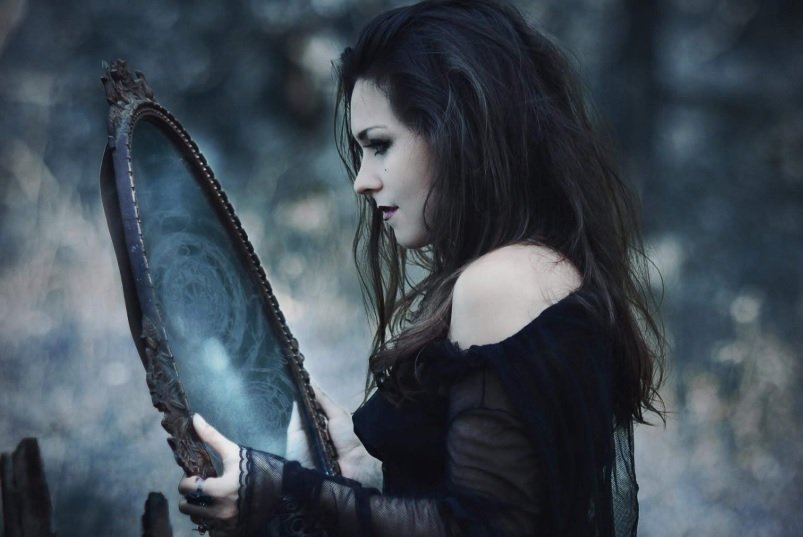 Bad luck from a shattered mirror can be averted by throwing the shards into a fast running stream to carry away the misfortune or grinding the pieces into powder so that it can no longer reflect.

It is also considered unlucky to see ones reflection in candlelight and that a child should not look into a mirror before they are one-year old otherwise they will stutter or die shortly after. In many countries people keep mirrors covered in rooms where people are dying in fear that seeing their own reflection at the time of the person’s death will doom them to die in the near future. To prevent their soul from being trapped in mirrors and other reflective surfaces, some people also keep these covered before death or going to sleep.

Owls are often considered as wise due to it being the symbol for Athena, the Ancient Greek goddess of Wisdom. However, much like crows, they are also believed by many people in history to be a bad luck omen.

The Ancient Romans linked owls to evil forces due to their nocturnal nature. They also believed that an owl hooting signified death, and it was this omen that preceded the deaths of Julius Caeser, Augustus Caeser and the Roman general, Agrippa.

Today some believe that seeing an owl in the daytime or having one land near your house and begin hooting is an omen of misfortune and even death. Throwing salt into fire is said to avert this bad luck.

According to Welsh folklore an owl hooting however may simply be an indication that a young woman in the vicinity has lost her virginity.

Some people believe that a person is destined to die imminently if their picture or photograph falls from the wall for no apparent reason. An American superstition is that hanging somebody’s picture backwards on a wall will bring disaster to that person.

The Evil Eye: A Superstition

An ancient and almost universal superstition, with records of the Evil Eye dating back over 5,000 years to Sumeria and Babylon. The belief still exists today in parts of Europe, Asia, Africa and the Middle East, that someone could be cursed simply through a look of envy, dislike or malice. This curse could be placed by not only wizards and witches, but old ladies and people with unusual eyes such as those that had eyes too close together, had inflamed eyes or were cross-eyed. 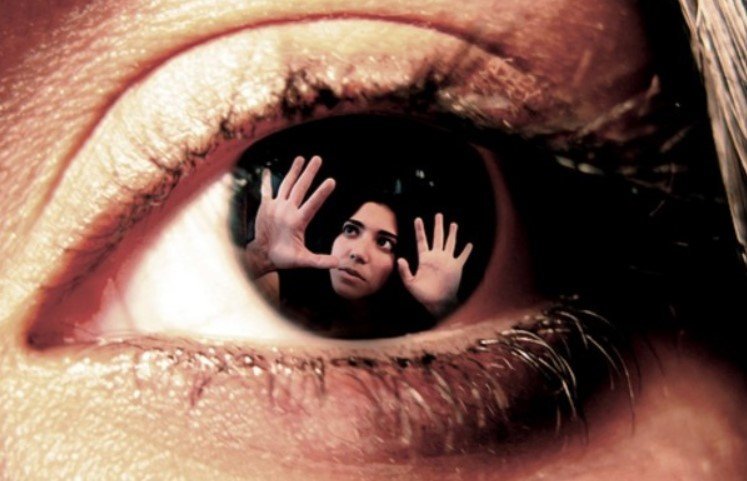 Early medical journals treated people bewitched from the evil eye who reportedly felt particular torment. It was also blamed for the death of children and livestock, which was common in early modern communities.

Antidotes to the curse included staring down or spitting in the eye of the person who placed the curse or drawing blood from their forehead; making the sign of the cross; wearing a protective talisman; and burning any livestock that had died as a result of the evil eye,to backfire the curse on the one who placed it.

Thirteen or Triskaidekaphobia – the Morbid Fear of the Number 13: A Superstition

The concept that thirteen as an unlucky number can be traced back to Norse mythology, to a dinner party attended by twelve gods in Valhalla. The event was interrupted by the arrival of a thirteenth guest, Loki the trickster and fire god, who fired a mistletoe arrow at Baldr, the god of joy and gladness. The projectile killed Baldr and darkness and mourning spread across the land, birthing the superstition that a grouping of thirteen people is bad luck.

In the Old Testament it is traditionally believed Eve tempted Adam in the Garden of Eden on Friday the 13th. This idea is also supported in the New Testament of the Bible, where Jesus’ was betrayed at his last supper by the guest before being crucified on a Friday.

A common superstition is that if thirteen people dine together, the first to rise will die within the year. This can be avoided by all the guests rising from their seats at the same time.

Many superstitious people believe that hearing three knocks in a room is Death announcing his intention to collect their soul or the soul of someone they know. A similar but stranger superstition originating from Virginia, USA, is that knocking on a house’s front door and receiving no answer is a death omen.

Even before anti-smoking campaigns advertised the health risks of cigarettes, a superstition claimed that smoking could endanger one-in three people if a single match was used to light all three cigarettes.

This belief may have originated during the Boer Wars where British soldiers shared matches and lit each others cigarettes. Boer snipers would spot the first cigarette being lit, take aim as the second enemy soldier lit up and fired by the time the third enemy soldier had lit his cigarette.