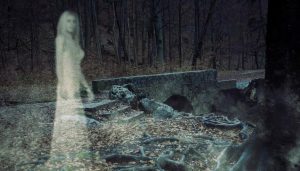 Tour the haunted homes of the South or search for ghost sightings among its ruins and graveyards.

The haunted history of the Old South documents hundreds of unique locations, historic homes, and unusual paranormal encounters. Each state hosts its own unique stories and legends regarding ghosts, including gristly unsolved murders and friendly poltergeist encounters.

Paranormal investigators and ghost hunters often request permission to visit many of these locations after-hours to conduct tests, but many of these sites are open to the public daily for visitors who crave a connection with some of the South’s strangest and most haunting ghost stories or myths.

Visitors and employees alike tell strange tales about Martha Washington Inn, reportedly haunted by strange occurrences. The frequent appearance of a young woman’s ghost is woven into several of these stories, including her preference for haunting a certain room in the inn. Other strange poltergeist activities supposedly plague the site as well.

Urban legends regarding unsolved brutal crimes supposedly explain the sinister manifestations at the Amelia Wildlife Reserve. The half-burned specter of a woman supposedly haunts the wildlife reserve, along with the strange repeated sighting of a murderer hiding a body.

The dark stories behind the ghosts and the rumors about unsolved crimes have given this site a chilling reputation in the outside world.

Theatrical performers from Atlanta’s Shakespeare Tavern have claimed to see ghosts haunting their dressing rooms; visitors have encountered strange and inexplicable activities within the building.

Flickering lights, clammy rooms, cold spots, and strange, shadowy figures are linked to a variety of stories regarding the building’s haunted past.

The Seventeen Hundred Ninety Inn and Tavern is plagued by a poltergeist presence, supposedly the ghost of an abandoned young woman whose apparition has also been spotted.

Small items are often hidden in rooms during the absence of guests; objects are also moved within the tavern.

Visitors to the Carolina Inn should take care, since the site is reputedly haunted by the ghost of a doctor from its university days. The jovial presence manifests as a poltergeist, playing pranks on the living within the building.

Inexplicable footsteps and strange noises have been reported by visitors and staff; paranormal investigators allowed to inspect the site confirmed strange nocturnal activities, including the sound of someone moving about the empty rooms and music playing.

The Abbeville Opera House, supposedly plagued by paranormal activity, is linked to a legend regarding the “ghost’s seat” in the house. Their reputation is surpassed by that of the Beaufort Castle, or Joseph Johnson’s house, where tourists and employees claim to have witnessed ghosts or inexplicable poltergeist activity.

Foster’s Tavern in Spartanburg is also subject to poltergeist activities. Ghostly steps on the stairs and the thud of horse hooves in the night are among the strange haunting sounds which occasionally manifest on the grounds.

Fact or fiction, the stories behind these haunted sites continue to intrigue ghost story enthusiasts, attracting visitors from across the country.

While some sites require permission to visit (and possess stories not for the faint of heart) others are home to historical tours and friendly ghosts which any visitor to the South can enjoyably encounter.