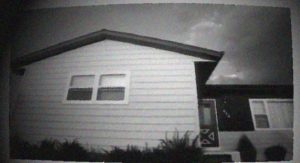 In 1986, the Tallman family moved into their new home on Larrabee Street in Horicon, Wisconsin. Life was good for the young family, father Allen Tallman, mother Deborah Tallman and children Maryann, age 2, and Kenny, age 7, Kenny was Deborah’s son from a previous relationship.

The couple was also expecting the birth of their second daughter who they would name Sara. Soon after moving into the new home however Deborah Tallman began to notice things that concerned her. Her children who had always been very healthy began to become ill and there seemed to be a lot of unexplained tension between Deborah and Allen.

During her pregnancy Deborah Tallman was told by her doctor that she required bed rest. As Deborah rested, family members stepped in to help out around the house. Soon help became harder to find as all who came to the house got a bad feeling from the home. Deborah’s sister suddenly became ill and had to leave the Tallman house immediately.

A new kitten brought into the Tallman’s house had to be given away after the normally calm cat, began to climb doors and howl everyday at sunset. The Tallmans second daughter Sara was born in November, 1986. The birth seemed to calm any unusual activity that may have been going on at the home. The period of peace however would not last.

A short time after Sara was born, Deborah and Allen got a babysitter and went out for the evening. When they returned home, they were greeted by the babysitter telling them that Kenny had seen a rocking chair moving on its own, Kenny confirmed the story. The paranormal activity at the Tallman’s house was beginning to increase and it would be a rapid escalation.

When Sara was seven months old the couple moved her and her sister into Kenny’s room, Kenny moved into a smaller room. The change of rooms did not turn out well. Kenny was given a radio by his parents but soon the radio began to change stations as Kenny watched the dial turn on its own, Kenny soon decided to sleep in the living room. In the girls room, Maryann now had an invisible friend who she talked to and began to have nightmares.

The Tallman children were not the only ones affected by the paranormal activity at the house. Allen Tallman was painting the walls in the basement when he decided to take a break. He laid the paint brush across the top of the paint can. When he returned a short time later the brush was handle down, standing straight up, submerged in the middle of the can.

Soon after, Allen found one of the basement windows had been removed and laid on the floor, nothing was taken from the Tallman’s house and there was no sign that anyone had entered the home. Then one evening Allen had to be taken to the hospital, suffering from a severe sinus infection. Allen’s mother came to the home to watch the children and had perhaps the scariest incident up to that time. She was sitting in the living room when she saw two glowing red eyes peering in the window. There was soon more activity in the living room.

Just before Christmas of 1987, Kenny was sleeping on the couch when he woke up to see a hideous looking woman standing over him, it seemed that he just could not escape the bizarre activity at the Tallman house. The Tallmans had reached a point where they just didn’t know what to do and decided to contact their pastor. The Reverend Wayne Dobatz came to the Tallman home and gave them his opinion of what they were dealing with.

It was the work of the Devil he told them and they may be cursed. Dobatz said they should attend church on a regular basis, pray and sing hymn songs. The Tallmans didn’t really agree with the pastor, but they followed his instructions. It didn’t work and the haunting of the Tallman house continued.

One evening in January of 1988, Allen Tallman returned home from work. He went into the house and put down his lunch box on the floor by the door. He then heard a voice outside and went to investigate. He walked around the property but didn’t find anything, then as he walked past the front of the garage he saw flames. He looked in the window and saw two red eyes floating in the fire, in seconds it was gone.

The shaken man went back into the house and reached down to pick up his lunch box only to have it fly across the kitchen and slam against the opposite wall. The supernatural onslaught on the Tallman family went on and the family was reaching a final breaking point.

Allen was now sleeping on the floor in the girls room, he woke up one night to see a strange mist coming out of the floor, and floating in the mist, red eyes. He then heard the words “Your Dead.” Deborah called Pastor Dobratz who arrived at the home shortly to find the Tallman home to be in total chaos. It didn’t take much for the pastor to convince the Tallmans to leave the home for the night. The Tallmans however did return to the home the next day along with Pastor Dobratz. Dobratz blessed the house and gave Allen and Deborah communion, and prayed.

By this time Horicon Police Chief Doug Glamann had learned of the strange events at the Tallman house. After speaking with the family he found them to be trustworthy and did not believe they were hoaxing the bizarre events. News of what was happening at the home had begun to spread and the curious wanting to see the haunted house were becoming a traffic problem.

Police shut down the road at one point and made arrests for trespassing for those who came to close. Rumors also began about events in the home that were never confirmed by the Tallmans, such as blood oozing out of the walls and a snow blower that cleared snow from the Tallman driveway with no one operating it.

Unfortunately for the Tallmans the pastors efforts failed for a second time. The end of the Tallman Haunting was now near. Allen was at work and one of the Tallmans nephews had come to the house to sleep in the girls room. The teen could not have been prepared for what he saw. It was the same manifestation as Allen had seen previously, the glowing red eyes floating in a mist coming from the floor.

Deborah was finished, she grabbed a few necessities got the children in the car and fled. Deborah arrived at Allen’s work place with an ultimatum, she and the children would not be returning to the house. The Tallmans, including Allen, never did go home. The Tallmans found a new place to live and the haunted house on Larrabee Street was sold. The new owners of the former Tallman house have never reported any paranormal phenomena.