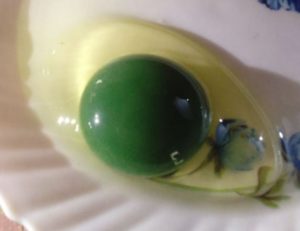 The egg yolk is not yellow in color as expected, but dark green. Shihabudheen had no idea why the eggs were green either.

“It was nine months ago that we first got such an egg with a green yolk from a hen in our small poultry farm set up along the house,” he said.

“We were astonished at first, and did not use the egg to consume. All the eggs which the hen laid, were this kind and so we started to incubate the eggs.”

Poultry experts of the Kerala Veterinary and Animal Sciences University have started conducting laboratory tests to find out the reason for this rare phenomenon.

The farmer says that the eggs taste just like any other eggs and all of his family members, including his son, now eat them. 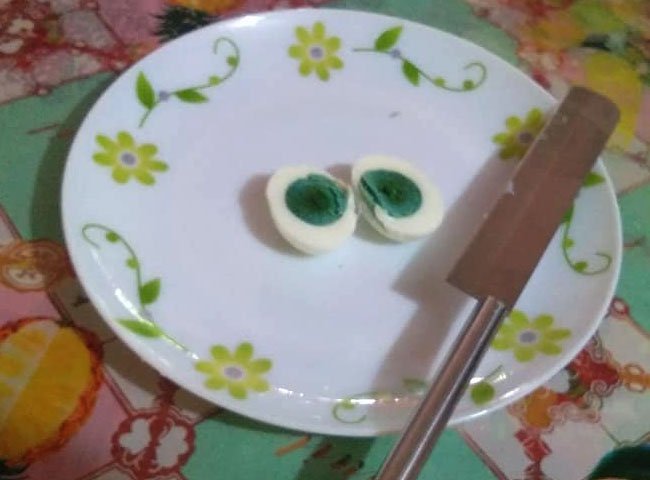 The University says that there is a high possibility that it might be because of the feed that is given to the birds.

The farm is currently being looked into by experts from the University. The man says that he usually gives normal feed consisting of rice and coconut oil cake to all his poultry, which is the usual feed that he gives to all poultry.

He is waiting for the experts to carry out more tests to determine the reason behind this phenomenon, before deciding on a permanent solution.