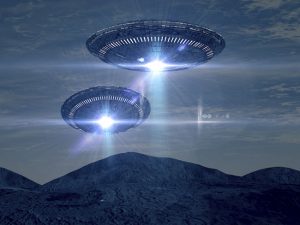 A California psychologist says human beings may be ready to accept evidence of extra-terrestrial intelligence without widespread panic.

Dr. Albert Harrison of the University of California’s Davis campus said such a discovery ‘may be far less startling for generations that have been brought up with word processors, electronic calculators, avatars and cell phones as compared with earlier generations,’ The Scotsman reported.

A hundred years ago computers, smartphones, space stations, and other technological wonders existed only in the realm of science fiction. If a UFO had landed on the grounds of the White House back then, most people would have turned to religion for an explanation. The public would have been convinced that the extraterrestrials were demons with malevolent intentions. There would have been widespread panic, and society would be in an upheaval.

Today we live in a high-tech world and the idea that extraterrestrials might visit the Earth isn’t so alarming. Decades of science fiction movies about UFO’s and alien beings have psychologically prepared us for the arrival of visitors from a galaxy far, far away.

Most Americans have a rudimentary knowledge of quantum physics. We are familiar with the counter-intuitive concepts of entanglement, the multi-verse theory, and string theory which posits the existence of 11 dimension

If physics makes time travel and the idea of an infinite number of universes seem possible, it’s not too much of a stretch for us to believe there’s intelligent life forms in the universe.

If the US government has proof that we aren’t alone in the universe, I hope they will share that information.