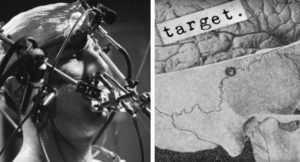 Project MK Ultra included experiments not only conducted on US citizens, but on Canadian citizens as well. The experiments were exported to Canada by a Scottish psychiatrist whom the CIA recruited.

He hoped to cure schizophrenia by erasing existing memories and reprogramming the mind; for that purpose, he commuted to Montreal regularly to conduct MK Ultra experiments. He experimented with LSD, various paralytic drugs, and electroconvulsive therapy at much higher power than normal.

His subjects were patients who had entered the institute for minor problems such as anxiety disorders or postpartum depression; he would put them into drug-induced comas for weeks to months at a time while playing tape loops of noise or simple repetitive statements.

The subjects suffered permanent damage from his treatment, including incontinence, amnesia, forgetting how to talk, forgetting their parents, and thinking their interrogators were their parents. His experiments later led to the CIA’s development of its two-stage psychological torture method. 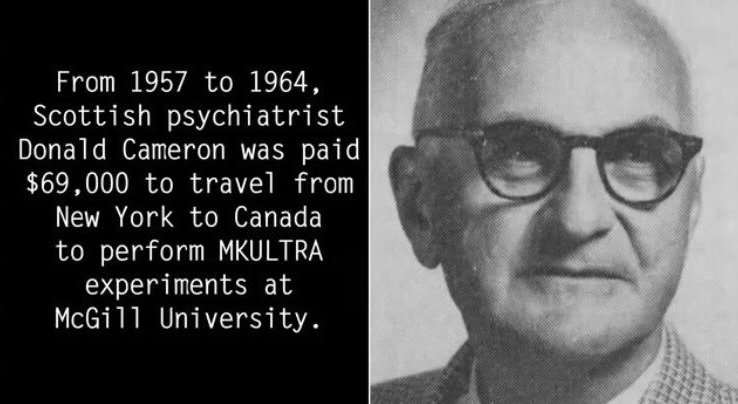 Project MK Ultra ended in 1973, following the widespread panic caused by Watergate, when most records were destroyed at the order of the CIA director in order to hamper investigative efforts.

However, there have been claims that not all the records and chemicals have been destroyed; CIA members have claimed that some have been smuggled out and are hidden within private organizations.

Certainly, about 20,000 documents survived the purge due to incorrect storage, and were fully investigated during Senate hearings. The committee reports revealed to the public for the first time the extent of the CIA’s experimentation, and that the subjects had largely not known or consented to it. This led to an Executive Order prohibiting drug experiments to be conducted on humans without their informed consent.

In Canada, the issue took longer to surface, not reaching public awareness until 1984 via a news show. The Canadian public learned that the CIA funded the efforts of the Scottish psychiatrist who conducted experiments in Montreal; they also learned that the Canadian government had been fully aware of the experiments, and provided funding to continue them. The Canadian government ended up settling with the victims out of court.

Due to the secretive nature of Project MK Ultra and similar projects, and the deliberate destruction of records, it is doubtful the full impact will ever be known. Certainly it has resulted in permanent damage to many subjects, and some deaths.

One of the most well-known deaths related to the case involved the death of a US Army biochemist and biological weapons researcher, who was dosed with LSD without his knowledge or consent.

Perhaps due to his already-diagnosed suicidal tendencies, he had an adverse reaction and jumped to his death. Although initially ruled a suicide, his family disputed that, claiming it was murder. They received a settlement of $750,000.

Although the CIA now claims that experiments like those conducted under Project MK Ultra have been abandoned, many CIA veterans and observers claim there is little reason to believe the experiments are not still conducted today, only a different name.

In particular, one CIA veteran claimed that the CIA routinely conducts disinformation campaigns, and that the CIA continued with mind control experiments. Given the secretive nature of the CIA’s programs and experiments, it is doubtful the truth will ever be known.