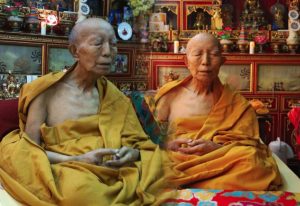 Over 1,000 years ago, an esoteric organization known as Shingon, which combined elements of Buddhism, Old Shinto, Taoism, and other religions, developed the macabre practice of self-mummification of a living body. The goal was to demonstrate the ultimate act of religious discipline and devotion.

Shingon Buddhism is one of the major schools of Buddhism in Japan and one of the few surviving Vajrayana lineages in East Asia, originally spread from India to China through traveling monks.

This practice, known as Sokushinbutsu, was first introduced by a Japanese priest named Kukai and involved drying the body for several years in a grueling process that inevitably led to death and mummification of the body.

The steps involved in mummifying one’s own body were extremely rigorous and painful. During the first 1,000 days, the monks stopped consuming all food except nuts, seeds, fruits and berries, and they engaged in intense physical activity to get rid of all fat deposits.

For the next thousand days, their diet was limited to bark and roots only. Toward the end of this period, they drank a poisonous tea made from the sap of the Urushi tree, which caused vomiting and rapid loss of bodily fluids.

It also acted as a preservative and killed larvae and bacteria that would otherwise cause the body to decay after death.

At the final stage, after more than six years of painful preparation, the monk locked himself in a stone tomb barely larger than his body, where he plunged into a state of meditation. He sat in the lotus position, from which he did not leave until his death. 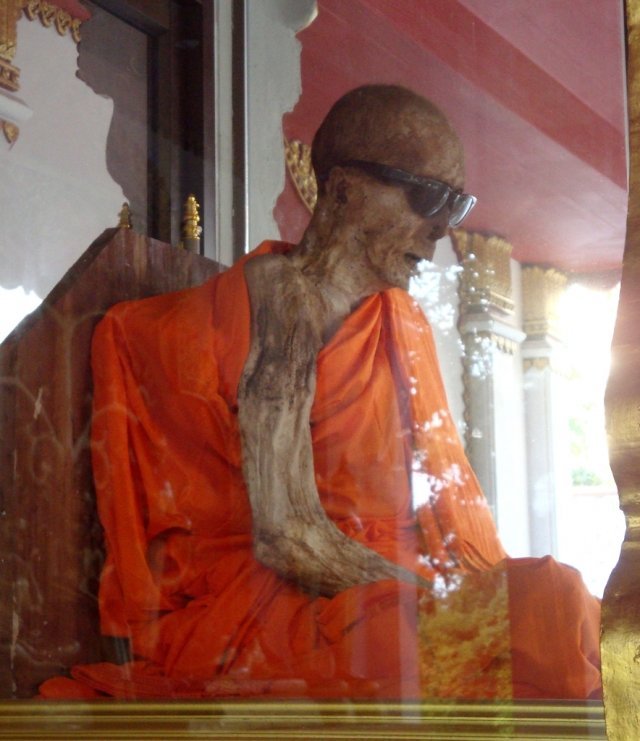 A small air tube provided oxygen to the tomb. Every day the monk rang the bell to inform the outside world that he was still alive. When the bell stopped ringing, the pipe was removed and the tomb was sealed for the final thousand-year period of the ritual.

At the end of this period, the tomb was opened to see if the monk had managed to mummify himself. If the body was found in a preserved state, the monk was elevated to the status of Buddha, his body was removed from the tomb and placed in the temple, where he was worshiped and revered.

The practice of self-mummification continued until the 19th century when it was banned by the Japanese government.

It is believed that many hundreds of monks tried to repeat the sokushinbutsu ritual, but only 28 achieved mummification. Some of them can be seen in various temples in Japan.