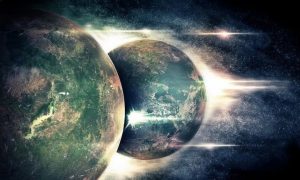 The idea that a person has both an ego-self physical incarnation and a spiritual existence outside of his physical body, sometimes referred to as the “higher self” is not a new concept.

However, the hypothesis that one’s higher self can incarnate into two or more simultaneous ego selves is a concept that some find difficult to comprehend. This parallel self or selves can exist on the same reality plane or in one of many parallel universes.

The speculation is that a higher self incarnates into more than one ego self simultaneously due to the fact that it cannot possibly learn all aspects of its lessons through one life.

In addition, an individual ego self is constantly faced with a set of choices and corresponding consequences as it progresses through life. Some of these choices are monumental in the sense that the individual typically wonders who he might have become if he had chosen another available option.

According to the hypothesis, a parallel self carries out the manifestation of the other available option, thereby allowing the higher self to experience all that it wishes to.

Each parallel self remains connected to the other, through a spiritual relationship, even though they are often unaware of the other’s reality. In a sense they are spiritual twins, experiencing the same lesson through an opposite set of circumstances that result in a divergent set of life choices.

The thought is that these parallel selves exist separately in alternate, simultaneous realities or parallel worlds. Communication between them often occurs via dreams, where their separate subconscious minds catch glimpses of their alternate identities.

When parallel selves incarnate on the same reality plane, they may become aware of each other’s existence. Although they may be unaware of it, their lives often share several synchronicities.

These synchronicities can show up as personality traits, major life events, innate talents, hobbies and interests, or perhaps even random connections to the same people and geographical places.

Spiritual twins can essentially develop and manifest in the same manner that genetic twins do, even if they are unaware of any connection.

As genetically identical twins have experienced accounts of mental telepathy at higher rates than the general population, spiritual twins can also develop a telepathic means of communication that is at times spontaneous and unintentional.

Genetic twins share identical DNA-essentially they are mirror copies of each other, but each has a separate free will to become the person he wishes to be. Separate physical incarnations of an identical higher self share the same spiritual DNA, if you will.

The essence contained within their eyes is a mirror image of the other, even if there is no physical resemblance between the two. As with other soul mates, if parallel selves ever become aware of each other’s existence, there is an inexplicable recognition of the other within the eyes.

The recognition can be accompanied by the sensation that one is looking at the mirror image of himself, again not necessarily an actual physical resemblance, but rather that of one’s own mental self-concept. 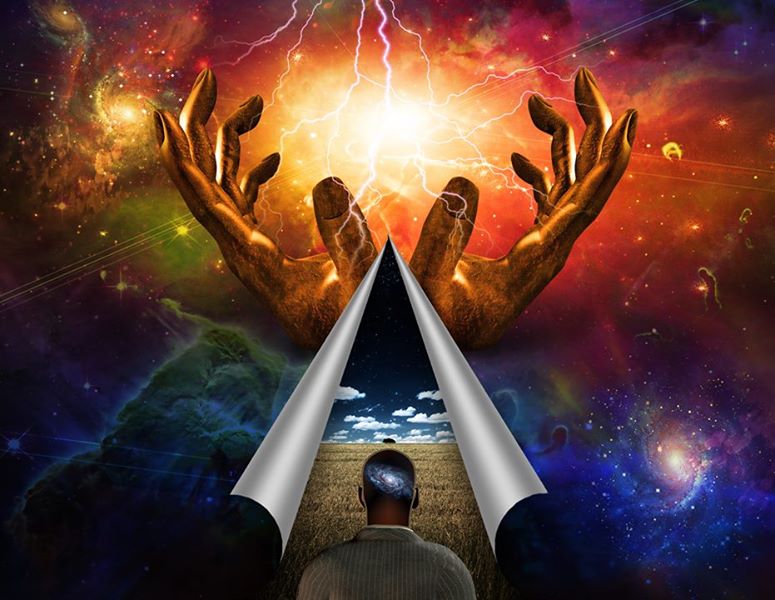 Still, like any relationship that contains an underlying sense of intimacy, parallel selves have the potential to “push each other’s buttons.” Since they often share identical life lessons, but choose different ways to handle those lessons, there is the potential for judgment, envy, and perhaps even a sense of competition if both decide to pursue their identical talent(s).

There is also the potential to be surrounded by a sense of disbelief and shock over the discovery of a parallel self; the same way one might be shocked to learn of a previously unknown relative or twin sibling.

If a telepathic connection ensues, it can make the discovery and realization all that more unsettling, especially if unknown details about the other’s personal life continue to be communicated in this manner and then are later confirmed through more conventional means.

While one’s sense of identity can be threatened and intruded upon by an intimate spiritual relationship such as that of a parallel self, important insights can be gained by examining the method in which they are handling their identical life lessons.

There can also be a sense of comfort and relief in being able to gain knowledge of what one’s alternate life choices might have resulted in. The discovery of a parallel self doesn’t have to be a detrimental one.

In fact, it can become a beneficial spiritual connection that provides both inspiration and helpful support with life’s challenges and difficulties; as long as each spiritual twin comes to a mutual understanding about the role they play in each other’s existence.

5 Spiritual Lessons We Can Learn from Our Pets