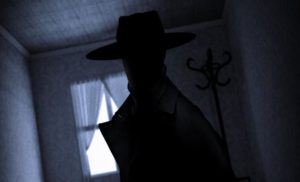 Many cultures from around the world have always claimed to having seen shadowy beings lurking around. One variation of this type of entity is the hat man. This type of entity is mostly featureless, although they /he/it clearly have masculine forms and wear old fashioned hats.

It’s also been suggested that this strange entity is somewhat of an inspiration for Freddy Krueger. Wes Craven has talked about an experience he once had when he was a young boy, in which he saw a scary-looking man walking down the street wearing a bowler hat.

The man had scars all over his face and looked up at Craven through the window and gave off a sense of foreboding.

While this could have just been an ordinary guy and not a shadowy person or demon, it was still a creepy experience. People who reportedly come across a hat man usually claim to feel a frightening feeling, as if they are being threatened.

While some ghosts don’t seem aware of the presence of the living, it seems that shadow people do. Witnesses claim that, despite not seeing his face, they have a sense that the hat man is staring right at them.

Furthermore, it would seem that this entity’s sole purpose in visiting people is to make them as uncomfortable and frightened as possible. They normally don’t try to communicate, except for the fact they are emitting bad vibes. Their mere presence alone is enough to make someone feel extremely uncomfortable and even threatened 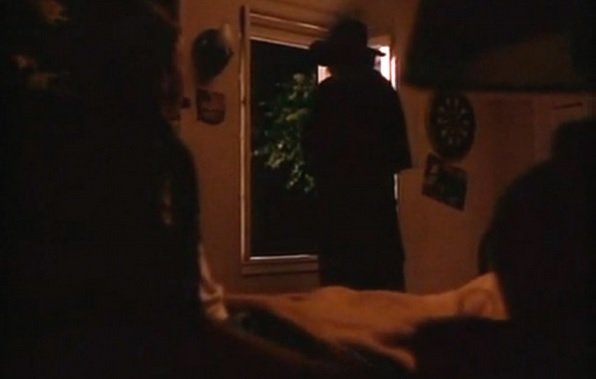 An Encounter with the Hat Man

This is what the person who met the Hat Man says:

When I was around 10 or 11 we lived in a small rural town that was a few miles away from a normal town. Anyways there were only like 30-ish people there and we all knew each other.

Well one day I was watching SpongeBob and I just had this weird butterfly feeling in my gut, so I decided to look to my right out of the bedroom to check on my dad. That’s when I saw him. A tall man with a big detective like that with glowing red eyes standing over my dad.

I didn’t know what to do and freaked out. I kept yelling my dad’s name and he wouldn’t wake up. The creature didn’t even bother with me, but eventually, my dad woke up and that’s when the thing looked at me and turned around fast.

He walked toward the back of our house and I followed him. There was no door exit this way so it wasn’t like he was trying to escape. Well, he was really fast and I barely saw his coat tail right when he entered the bathroom. I ran in and he was gone. Nothing. No one was there.

I looked everywhere. Even in the cabinet, under the sink, and in the water tank on the toilet. He was gone.

And there are thousands of such stories.

Who is the Hat Man?

Still, there’s no evidence to suggest that something very bad happens after someone sees the hat man. The “ghost” or “demon”, whatever it may be, usually goes away after a few moments and nothing bad ever seems to happen afterwards. So, shadow people really malevolent? Is the hat man really a threat to anyone?

It seems that this phenomenon provides more questions than answers. Most people who witness hat men claim that they’re solid and definitely an outline of a male body.

The outline of the hat is also distinct and solid. It’s only natural to assume that they’re real enough to be more than just the witness’s imagination.

One theory is that they could be physical manifestations of one’s own psyche, and are somehow created subconsciously after an individual experiences some problems in life.

Whatever the case may be, anyone who ever witnesses a hat man will undoubtedly feel creeped out by him. Whether he’s an actual entity or a psychic manifestation of someone’s subconscious, he definitely gives of negative vibes and a sense of foreboding to anyone around.