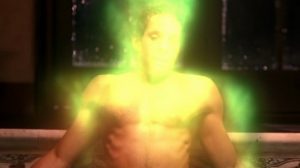 Just like every living creation gives out heat, gases and energy, so it is believed they emit an aura of vitality, that is to say, a glow of colour all-around the body which shows its health, mood and thoughts. The idea of auras is a concept that has been around from the beginning of time.

Even though most of us cannot detect them, there are psychic people who claim they can see these indications of life force. The challenge in latest years has been to find a way of recording auras so ordinary people can view them. Aura enthusiasts believe we will be able to use them to help solve health, psychological and emotional problems, and perhaps even understand other mystical remedies.

Our understanding of auras appear entirely from the psychics who can see them. They say that the colour of an individual’s aura, and the distance it radiates from a body, often provides vital information about the general well being of the person. The hue and strength of the aura are said to change continuously as individuals change moods, thoughts and levels of fatigue.

As study in the area has increased, so too has a widely agreed catalogue of aura qualities and an understanding of what they mean. For instance, a green aura reflects intellectual factors, whilst any brown or grey shades reflect disease. Nevertheless, science has not gathered any definitive results, and different techniques in photography are constantly being evolved to try to capture auras on a solid substance.

The earliest person to use auras for medical needs was Walter Kilner, the head of the electro-therapy department at St Thomas’ Hospital in London in 1911. Kilner discovered that just by looking through coloured glass he could see an outline of light shrouding the patient’s body. He detected that the light changed shape, intensity and colour as the patient’s health altered.

Kilner was the only one who could see the light, and it was not until 1939 that his discoveries were taken any further. Semyon Kirlian, a Russian hospital electrician, stumbled by chance upon a completely unique method of photography. He realised that by placing a living object on a photographic plate and running a high voltage through it, the most amazing image of strange colours appeared as a halo around the subject.

Kirlian and his wife, Valentina, enhanced the technique. The first photograph they took showed a leaf with millions of orange and turquoise light dots apparently emanating from the leaf’s veins, and a bizarre aura around the leaf edges.

Over time they conducted many experiments and even developed an instrument that would show auras in motion. They noted that whilst healthy, vital subjectscreated pictures with the most distinct, radiant outlines – withered and dying subjects would result in very weak auras.

Kirlian also proposed and demonstrated the theory that different colours emanated with different moods, feelings and thoughts. A most fascinating experiment took place when a visiting scientist gave them two apparently identical leaves to study. The Kirlians were puzzled because one seemed to have a very strange aura, and yet it appeared normal.

In the 1970s and 80s Thelma Moss, a parapsychologist at the University of California, became convinced in the power of auras for medical purposes. She promoted the view that Kirlian’s discovery was a way of showing ‘bioenergy’ as a tangible, provable subject, and even visited the Soviet Union to discuss techniques with paranormal researchers there. She wanted to use Kirlian auras as a diagnostic tool, and believed the subject represented the next major step forward for the medical establishment.

Sadly, Moss died in 1997 without fully realising her aim. In fact, Kirlian photography is seen by the established scientific community as being a very unreliable way of determining illnesses. It has been pointed out that moisture, air pressure and voltage all have a marked effect on the resulting picture.

Nevertheless, aura enthusiasts are convinced we all have a demonstrable life force atmosphere surrounding us. They say that it is only a matter of time before some unquestionable method is devised, and a whole new world of personal care is unveiled.

The Study of Parapsychology: A Branch of Psychology