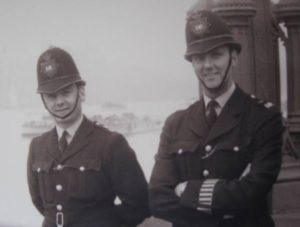 This story was posted a few days ago on Reddit by a user with the nickname “rchr5880”, who believes that something like a glitch in the Matrix happened to him or that he met a time traveler.

I have never been a great timekeeper and was often late for things. This particular evening I had to arrange to take my girlfriend to the cinema but I got home from work a little late and by the time I left home after getting ready myself we didn’t have long to get to the cinema before the film start time.

I jumped into my car (a ’92 Fiat Punto which was extremely common in the UK at that time for young drivers as they were cheap to insure) and put my foot down a little to try and claw back some time. I turn a corner a little fast onto the last straight road to my girlfriend’s house (which was about 3/4 mile long, straight, housing one side and grass to the other and street lights).

To my surprise the road was clear of traffic this evening so I kept going a little faster than I should, I reach down to skip the track on the stereo and look back up and I suddenly see halfway down the road a figure had appeared out of nowhere. The figure stood in the middle of the road holding his hand out for me to stop. As I get closer I noticed it was a police officer and thought “oh sh*t!”

I slow my car and pulled over to the side of the road to a stop I opened my window and the officer walks over to me and he asks me in a stern voice to exit the vehicle and come to the back of the car. I got out as instructed and he starts asking me questions. Where I was going??, where I was coming from? How long had I been driving…. the usual.

He then asks me about the excessive speed on this road and I apologised and explain I was late picking up my girlfriend, not that was an excuse and expected him to give me a ticket on the spot.

This police officer then pulls out a small note pad and tiny pencil, he rolls through a number of pages with lots of notes (I didn’t catch) until he found a blank page.

As his head was down looking at his pad he asks me for my number plate, I read it out to him as he jointed it down and once finished he then looks up at the plate and asks why my number plate was yellow? I explained it came with the vehicle.

He then asks me what the make/model was… as mentioned above it was a Fiat Punto to which the police officer said “Never heard of that model before” and he added it to his notebook.

He puts his note pad and pencil away in his jacket and it’s at this point I notice his uniform. It wasn’t the type of uniform we had in the early 2000s in the UK: 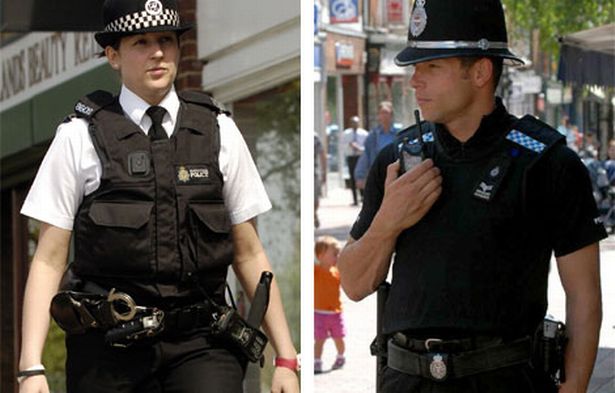 But rather something much more old fashioned from the ’50s or ’60s like this: 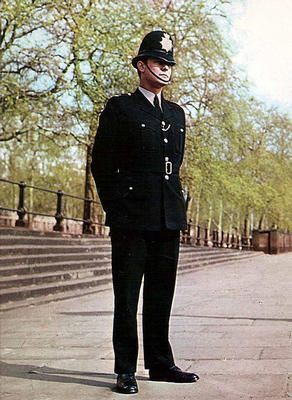 The helmet, button’s, boots everything was in pristine condition.

The office then explains he would take his notes back to the station this evening and that he and the other officers would keep an eye out for me and my speeding. He then said I should also get my rear plate changed back to the standard black color otherwise I may get a fine next time. He then gave me a warning and wished me on my way.

I jump back in the car, put my seat belt on and looked in my rearview mirror as I pulled away. I glance forward for a couple of seconds and then look again in my mirror and the officer was gone. I had a clear view of the road behind me either side (as I said it was a straight road) but the officer had vanished into thin air.

It wasn’t until I got home after the cinema I started thinking about what happened and something didn’t match up…. first thought was it was someone in fancy dress but the uniform was much much better quality and well looked after to be a cheap fancy dress.

I then thought about some of his comments and wondered where this officer was may have come from. I did some reason and come to these conclusions for his questions:

A) Why was my rear number plate yellow and I should change it back to the black plate? In the UK since 1973 all rear number plates need to be reflective yellow. Vehicles before this year were black.

B) Had never heard of a Fiat Punto? As I mentioned was a very common car during this time in the UK. Any current police officer would have known this.

My thought is due to the questions, his outfits and vanishing act that he may be from another time period and glitched into my reality or if he was a spirit of a dead police officer who doesn’t realize he is dead and continues his beat… I will never know.