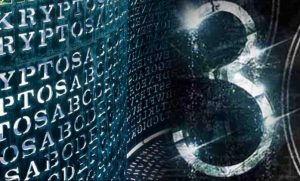 Throughout human history, the number three has always had a unique meaning. If we go back a bit in our history, we can see that the number three was present in all ancient cultures, and this is extremely important, reports kratko-news.com.

What makes the number three so important to religion, architecture, mathematics, and many other areas of humanity?

Various cultures around the world have long shared the belief that the number 3 represents something sacred, mystical, universal and divine.

In the 6th century BC, the Greek mathematician and philosopher Pythagoras presented his famous theorem: a2 + b2 = c2. The Pythagorean formula explains the mathematical relationship between the three sides of a right triangle, and researchers around the world believe that it was originally based on the design of the pyramids of Egypt.

According to some experts on the subject, Pythagoras learned from the “great masters of Egypt,” so he brought the knowledge and wisdom of Egypt to Greece, laying the foundation for Greek philosophy.

For Pythagoras and many other ancient philosophers, mathematics was a way of explaining something supernatural. Many scientists and inventors, including Nikola Tesla, attached great importance to the number three.

Pythagoras taught that everything in the Universe has a three-part structure and that all problems in the Universe can be reduced to the diagram of a triangle and the number three.

For Pythagoras and his followers, the triangle represents the ascension, and the triangle is the number three. For them, this will be the key to all the hidden mysteries of the Universe. 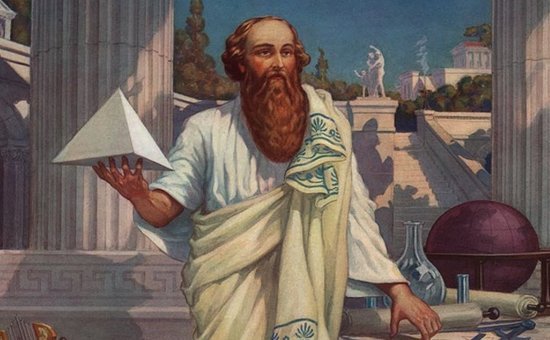 But Pythagoras was not the first to discover the importance of the number three. He received knowledge from the Egyptians, who said that all wisdom came directly from the “gods”, beings who did not come from Earth, in other words, extraterrestrial beings.

However, Pythagoras was the first to spread this knowledge outside of Egypt, and basically he began to speak to the world about the sacred or divine wisdom of “gods from other worlds.”

It is quite clear that the Pythagorean triangle may contain wisdom that we have not yet understood in terms of physical form, since the geometry of the Earth can connect with other worlds that may coexist with our own.

All living organisms depend on three types of molecules for all their biological functions. These molecules are DNA, RNA and proteins, and they are classified as biological macromolecules.

Without DNA, RNA and proteins, known life forms could not exist. In 1966, scientists announced the greatest achievement of science. They successfully cracked the genetic code.

After years of research, scientists have discovered that the structure of DNA is made up of three combinations of molecules known as triplets. Thus, all this and much more makes the number three the key to our existence. 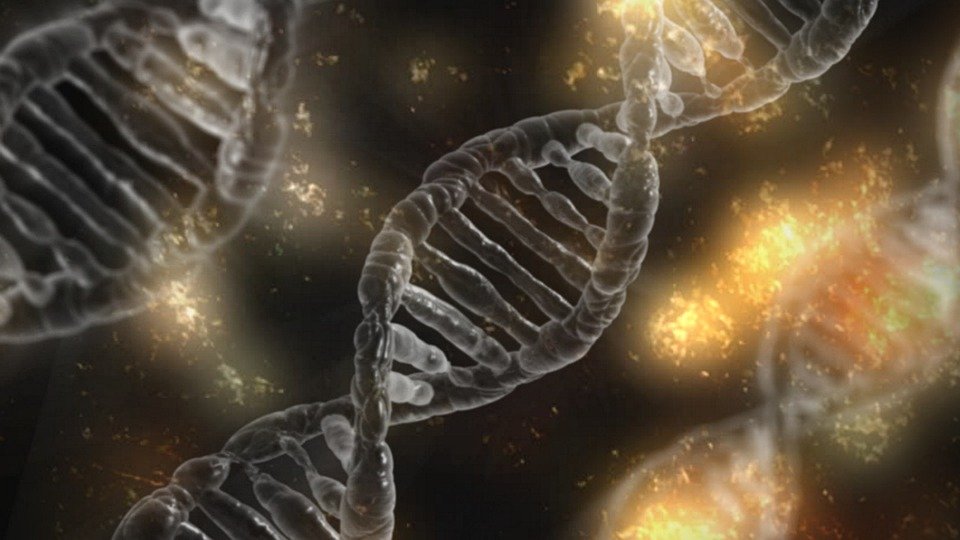 Pyramids of the Giza plateau

Built over 4,000 years ago, these monuments are undoubtedly the most famous in the world and are the best example of the use of the triangle in architecture, the simplest and most perfect geometric shape.

The ancient Egyptian civilization is possibly one of the first civilizations on Earth to use geometry, mathematics, architecture and carefully combine them.

This combination allowed them to build monuments that archeology and science cannot explain.

The triangle is one of those basic archetypal forms that are present in the human mind, and this can be expressed in monuments such as the pyramids. 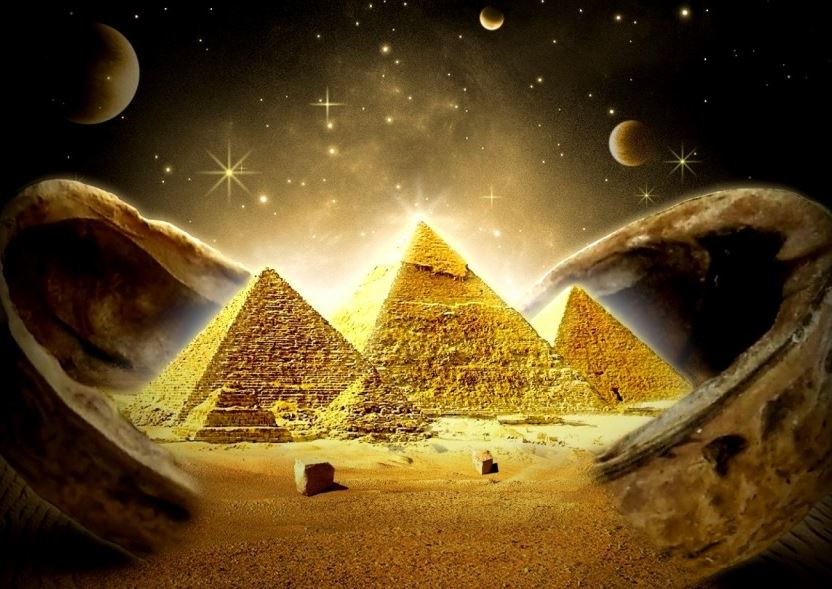 The secret code of the number three, alchemy and power over the universe

One of the most influential scientists of the 17th century was Isaac Newton, who presented what became the foundation of modern physics: the three laws of motion. But many people are unaware of the fact that Isaac Newton was an extremely mystical person and extremely interested in alchemy.

After his death, researchers found among his documents on philosophy, astronomy and mathematics a translation of an ancient text called “The Emerald Table”, also known as Tabula Smaragdina, or the secret of Hermes, which fascinated alchemists for hundreds of years.

This “table” is considered one of several documents containing information about the practice of alchemy and the secrets of the universe.

According to the researchers, the ancient wisdom of transmutation, the secrets of space and longevity were in these tablets, and they were discovered in the great pyramids thousands of years ago.

But one of the sentences written on one of the tablets reads as follows: “Three is a great mystery, come from a great one.” Thus, the number three is what connects the universe and space. Wisdom, awareness and power are all the result of the interaction of the number three.

And if someone received this knowledge, he would become the ruler and master of life, the teacher of death, some kind of supernatural being, a superman who could do almost everything. 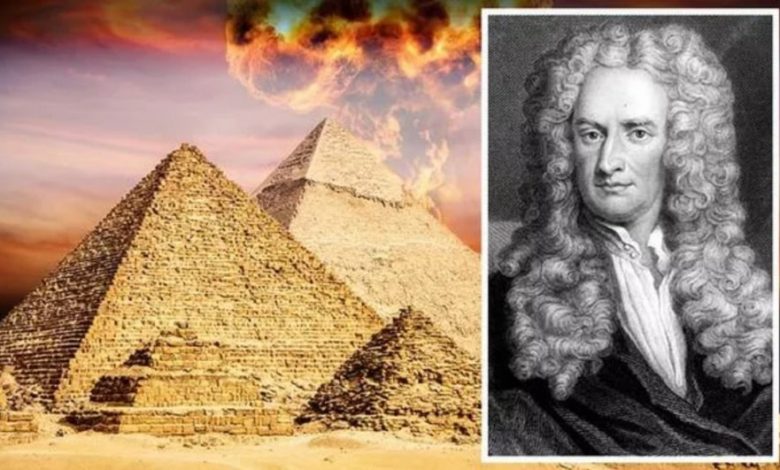 The number three in Hinduism

The great god Brahma is the creator of the universe, Vishnu is the keeper of reality, and Shiva is the destroyer. There can be no update and no there can be continuous growth without destructive energy. So basically these 3 gods maintain a certain balance.

More specifically, Shiva is represented by a trident, the points of which represent his three main forces: will, activity and knowledge. This is also illustrated by the third eye in the middle of the forehead. With this eye you can see things. He has the ability to clairvoyance.

Therefore, we should not be surprised that Shiva, with his third eye and the power of number three, is present in the premises of CERN, the European laboratory for particle physics located in Switzerland, in the form of a statue two meters high. And, as the plaque at the base of the statue explains, the god Shiva dances to give life to the universe and then exterminates it.

In recent years, CERN has presented a new unusual landmark – a 2 meter high statue of the Indian deity Shiva. 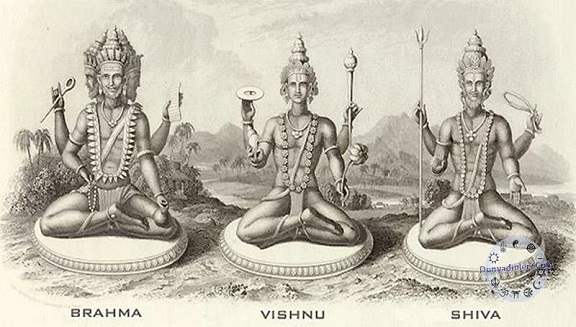 The Journey of the Magi is perhaps one of the most popular and well-known stories related to the birth of Jesus Christ, but little is known about these mysterious “Three Wise Men”.

According to the Gospel of Matthew, the three kings came from the east, a place that at that time was considered the world of magic and mysticism for Westerners.

The Magi were ancient priests of Persia, and their history dates back to 2000-3000 BC. These wizards were experts in astronomy and the movement of celestial objects, so the “three wise men” traveled thousands of kilometers to reach the “holy land” and found Bethlehem without any map, just following the star.

In addition, the three gifts that the “Three Wise Men” presented to Jesus Christ were golden, which personified all the material that a child will need throughout his life: incense, which is an ancient aromatic resin that, when burned, helps to expand and enlighten the mind ; and myrrh – oil associated with death and symbolizing the afterlife.

But this does not end there, there is also a theory that the key to the release of the power of the number three is in the Holy Trinity, three divine persons who belong to three states of being: Father, Son and Holy Spirit.

As we were able to verify, the number three is present in mathematics, philosophy, religion, engineering, etc.

It is for this reason that the number three has fascinated mathematicians, philosophers, builders, alchemists, and secret societies in general. And everything seems to indicate that whoever can solve the mystery of the number three will receive the key to absolute power.