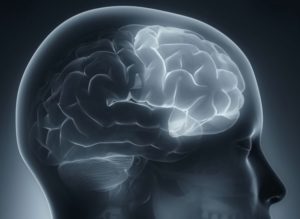 Persons who suffered craniocerebral injuries often develop extraordinary abilities. There are numerous documented pieces of evidence gathered by researchers of anomalous phenomena and historians. Trepanation was a widespread procedure performed for medical and mystical purposes in ancient civilizations.

The case of Peter van der Hurkos, a painter from The Hague, is good enough to be called a classic. The painter had a fall while repairing the façade of a four-storey building on July 10, 1941. He was taken to hospital. As he lay in his sickbed, Hurkos kept telling his wife that their house was on fire and their son, left all alone at home, was in danger.

He sounded so convincing that his wife believed him. In fact, the fire in their house broke out five days later. The neighbors had been informed of Hurkos’ foreboding, and the boy escaped the incident unscathed.

Hurkos had more visions during his stay at the hospital. Those visions came true as though they had been part of a cryptic scenario, which only Hurkos was able to decipher. He warned a nurse that she would lose her purse. And she did lose it a few days later. Hurkos became friendly with one of the patients of the hospital.

Prior to his discharge, the guy dropped by Hurkos’ ward to bid goodbye. The painter looked very unnerved as they shook hands for the last time. The guy asked Hurkos what was bothering him. Hurkos looked him in the eye, and declared that the guy was heading for disaster, and would be soon killed by the Nazis in Calver street.

Hurkos seemed to be aware of the fact that the guy was an undercover agent of the British intelligence. The painter’s prediction proved correct. The British spy was shot dead one day later. His colleagues had no doubts that Harpos was a Nazi collaborator.

Two days later they showed up at the hospital with a view to assassinate him. But Harpos had fled the premises by then. Hurkos could foresee the consequences of their arrival, and he did not hesitate in running for cover.

At the beginning, Hurkos couldn’t keep to himself the knowledge of things that were about to happen. After developing the remarkable talent for remote-viewing, he was affected by some of its negative side effects that came in as a complementary package. He had to deal with frequent bouts of ill-humor, frustration and mood swings.

His friends and workmates found him to be too difficult to get along with. Later he came to terms with the downside of his gift by taking advice from mediums, the professional performers who used their special abilities for earning a living.

Following the end of WWII, Hurkos went on tour to Belgium, France and Spain. During one of the sessions in Madrid, Francisco Franco was quite impressed after Hurkos unveiled a number of small details pertaining to the dictator’s past.

While touring the U.S. in 1948, Hurkos was introduced to A. Puharic, a prominent researcher of the anomalous. The latter showed a lot of interest in the Hurkos’ abilities, which had become consistently powerful by the time.

Hurkos predicted the suicide of Art Middleton and death of the daughter of Henry Balk who had funded the experiments conducted by Puharic and Hurkos. The above cases clearly indicate irrefutable evidence of Hurkos’s gift for clairvoyance, the one he developed after suffering a craniocerebral injury during the accident in 1941.

Hurkos’ talent made him quite popular with the police both in Europe and in the United States. Acting on a tip-off from Hurkos, the Detroit police arrested Charles Smith, a member of the notorious gang. Hurkos also helped to investigate the hideous murder of Carol and Mildred Deckson in Virginia.

He furnished the police with a description of a killer and the house he lived in. Hurkos accurately portrayed the criminal as a left-handed person who had a wobbly gait and a tattoo on his shoulder.

Despite numerous pieces of evidence proving the Hurkos phenomenon as genuine, and the fact that the special abilities of the former painter were effectively used for the benefit of society on several occasions, the case of Hurkos’ clairvoyance has never been properly studied or analyzed.

It could have provided researchers with some unique information in terms of biology, history, politics, and futurology.

Georgi Sviridov, a resident of the Russian city of Nizhniy Novgorod, demonstrated even more unusual phenomena relating to the human psyche. Following a head injury, he started dreaming about things that took place in the distant past. He had visions dating back to the time of Ancient Greece. He was dreaming about temples and religious festivals in the Island of Crete.

One night Sviridov had visions of his distant ancestors living in prehistoric times. He claims to have seen his tribesmen holed up in the caves of a foothill covered with giant cedar trees. The hairy tribesmen wore primitive outfits made of wild animals’ skins.

Sviridov provided lots of details regarding the hunt for mammoths and other animals. The visions haunted him on a regular basis. After a while, Sviridov felt completely exhausted by them. He had to be hospitalized for a course of treatment.

The French scientist Patrick Jean Baptist published a book titled “The Biology of God.” The scientist compiled and analyzed data relating to numerous unusual experiments carried out in the United States.

The experiments showed evidence concerning the biological and psychological abilities of a human being to penetrate the top levels of information of the Universe that lies beyond the material world.

The experiments were conducted by neurosurgeons on volunteers. The experiments aimed to study the reaction of the brain to an abrupt reduction in information exchange between the two cerebral hemispheres.

Once the links between the hemispheres were severed, man acquired an ability to enter the new levels of perception, which were out of reach before the operation. The links were found to be extremely stable in nature, and therefore their existence became considered a reality.

According to researchers, the isolation of the left cerebral hemisphere enables the human consciousness to spill across the bounds of the ordinary. The ancients achieved such a state through days of meditation or a life of seclusion in the wilderness.

In an environment devoid of any external stimuli, the left cerebral hemisphere got switched off by itself. The prophets of Babylon and Judea used the method for receiving visions, which were later declared to be the messages from God.

The ancient civilizations had a great need to receive information from above. The finds discovered during archeological excavations show evidence of a widespread practice of trephination and craniosurgery performed in different part of the ancient world.

The pictographs attributed to prehistoric peoples prove a great deal of mystical interest in the functioning of the brain, one of the most mysterious organs of the human body.

Trephination is considered one of the oldest medical procedures. A human skull with a hole bored by a medicine man about seven thousand years ago was recently found in France. More than 200 trephined skulls were found in the department of Marne. The procedure was also in common use in England, Scandinavia, Portugal and Spain.