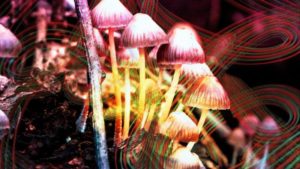 This hypothesis has long been actively discussed by scientists. In 2015, researchers at the University of Cambridge found that human DNA contains genes inherited from fungi.

They studied DNA strands and found 128 elements that are related to the horizontal gene transfer process. With their help, organisms inherit a variety of useful functions.

When scientists studied the human genome, they found several similar DNA fragments that can also be found in plants. The most significant in this matter was the discovery of the oldest fungus Ourasphaira giraldae, which is almost 600 million years older than its relatives.

According to scientist Alexander Galkin, the theory of the origin of humans from mushrooms may well turn out to be plausible if a strong connection between mushrooms and humans is found.

The expert also recalled the case when astronauts brought a white plaque from space, in which, upon careful study, spores were found.

It turned out that they are able to survive in the most difficult conditions and spread across the vastness of our Universe, for example, on comets or meteorites. It is quite possible that in antiquity, life was brought to our planet in exactly the same way, that is, mushrooms were probably the first creatures to inhabit it.