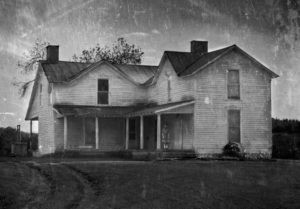 Maurice “Frenchie” Theriault was the subject of the book, Satan’s Harvest by Ed and Lorraine Warren, noted parapsychology investigators and demonologists. They witnessed his possession as well as his Catholic exorcism.

By all accounts, Maurice had a miserable childhood at the hands of a cruel father. Maurice was worked harder on the farm than a child’s stamina could support, and forced to quit school by third grade.

Maurice prayed for salvation, and it seemed to come to him in unusual ways. Maurice found himself growing physically stronger and stronger. He began to “know” things that he could not account for.

As he grew older, he witnessed an obscene act in the family barn involving an animal and his father. Caught spying, his father forced him to participate as well. The exact details of these events were too disturbing for Maurice to specify.

The harshness of his childhood and strange proclivities of his father are certainly enough to cause mental illness in any child or young adult. 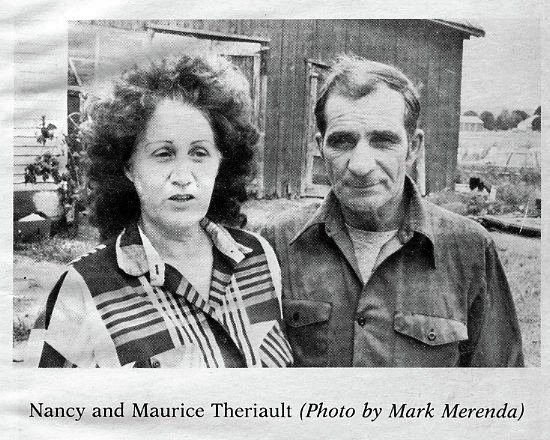 After drifting around New England for some years, Maurice finally settled down with a young bride on a family farm in Western Massachusetts. Here he led a normal life, and was considered a kind man by his neighbors.

Then Maurice began losing chunks of time from his memory, and small fires began erupting across the farm. These little fires brought the Theriault farm to the attention of local law enforcement.

It is no surprise to us, given his background, that Frenchie ultimately committed several outrageous crimes including rape of a minor child, attempted murder of his wife and ultimately suicide.

Did Frenchie have a psychosis, perhaps multiple personality disorder, that allowed him to be a kind gentle man one moment and a psychotic killer the next? This might explain the lapses in time he experienced, as well as the lack of intelligence of events he must have been either involved in or witness to.

Yet there were other even more disturbing occurrences in Maurice’s life, witnessed by law enforcement, clergy and the Warrens, that defy explanation.

Among the many odd occurrences on their farm, during the height of his possession, Maurice would bleed from his eyes and mouth in a twisted sort of demonic stigmata, which was documented by multiple witnesses. The cause of the bleeding could not be determined; once it had ceased, there was no evidence of open wounds or sores.

Maurice also possessed incredible physical strength, which he had enjoyed since childhood. He could lift 300-400 pound objects with apparent easy, while other men strained to even budge these same objects.

Most peculiar of all, was Maurice’s ability to be “two places at once.” Numerous witnesses testified to the fact that they had seen Maurice in one area, perhaps his study, then a short time later at a greater distance than they could have imagined him traveling in that short span of time.

Checking back at his original location, they found that he was still there, and with no knowledge of having left the room. Doppelgangers, translated from German literally as “double walker,” are associated with paranormal lore as being harbingers of bad luck. It was this strange phenomenon that caused the family to reach out to the Warrens for an explanation.

Their investigation is chronicled in their book, Satan’s Harvest. Ultimately the Warren’s believed Maurice was under demonic possession, and they arranged for an Exorcism to be performed at his farm. 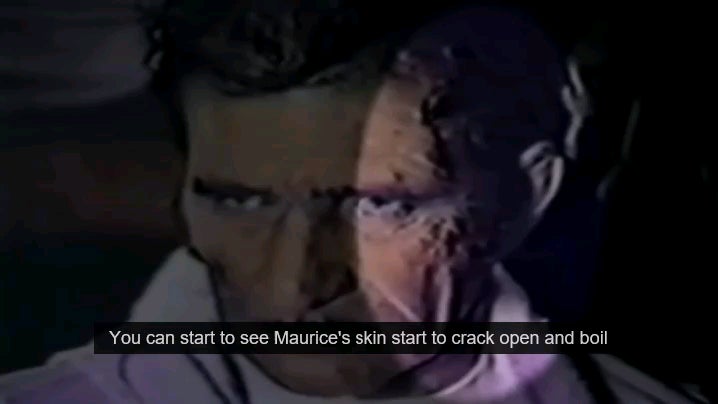 In this video of his exorcism, you will see large raised bumps traveling under the skin on his arms, and a bloody crack open on his forehead, which heals by the end of the exorcism. Also, you will see Maurice responding to some of the exorcist’s questions in Latin, a dead language in which he had no training.

Maurice was determined to be free of the demonic following the exorcism, and for several years seemed a normal family man, returning to the kind, gentle man people had referred to as Frenchie. According to family and witnesses, the demonic returned with tragic consequences.

In what is best described as a psychotic rage, Maurice shot and wounded his wife, blowing off her arm with the shot from a 12 gauge shotgun, as she attempt to escape from him, then after wounding her, drug her back into their home.

It seemed to her that he intended to take her life. Then after a prolonged struggle with himself, he turned the shotgun on himself, and ended his own life. “Amen,” said his wife.

We can certainly suspect mental illness as the source of Maurice’s strange behavior and ultimate demise, however, many witnesses attest to paranormal occurrences surrounding Maurice’s existence in the last years of his life.

Maurice’s story qualifies with three of the requisite signs of demonic possession, and in fact, a Catholic sanctioned exorcism ultimately occurred…

– Maurice possessed superhuman physical strength
– He possessed “hidden knowledge” of people and events
– He spoke in Latin during his exorcism
– Inexplicable physical phenomenon, such as bleeding from the eyes and mouth.
– Doppelgangers witnessed by multiple neighbors

Did his childhood prayers for strength and salvation inadvertently make a pact with the demonic?