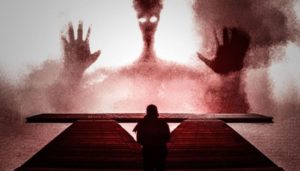 Immediately after the COVID-19 pandemic began, and some people much earlier, began to have dreams in which a variety of apocalyptic disasters are shown. Many people dream of war, asteroids or similar events of a cosmic nature, alien attacks, etc.

Since modern people do not believe in dreams, no one paid attention to them. But everything turned out to be not as simple as it might seem at first glance. A team of experts studied dream reports from people around the world. At the same time, dreams were studied, both those that were dreamed before the start of the pandemic, and after the spread of the disease.

Scientists have found that the number of dreams that are associated with negative emotions and anger has increased significantly. This is confirmation that pandemic dreams express people’s suffering, fear, and numerous changes that affect daily habits. Experts wrote about this in their article published in the scientific journal PLOS One.

They called the current situation “pandemic dreams.” Dreams are associated with traumatic collective experiences that occur during disasters, wars or epidemics. Of course, it is not entirely clear how epidemics relate to traumatic experiences.

The last epidemic was in 1918, and then there were no scientists who dealt with this “question of dreams”. And the term itself appeared only in the second half of the 20th century. It was invented by social psychologists.

But, as it turned out, in 1918, people did have terrible dreams. The same was observed before the Second World War. This study is very interesting and therefore deserves public attention. Some suggest that people just at the subconscious level understand and feel that something terrible is approaching.

“It sits on my bed”: A man filmed a paranormal phenomenon in his bedroom