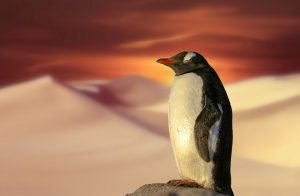 Scientists are scratching their heads over this strange and disturbing phenomenon.

Dozens of decapitated penguins are reportedly washing up along Australia’s beaches. In April alone, more than 20 of them appeared on the beaches of the Fleurier Peninsula.

Several theories have been put forward to explain the phenomenon, however it is generally believed that humans are not responsible because the death appears to occur far out at sea.

Stephen Hedges of Flinders University said he is now collecting animals and that an investigation is underway.

“Usually we have one or two a month lying on the beaches, but this month I have already collected 15 to 20, and sometimes three in one day,” Hedges said.

Who it is and what it does with the penguins is still a complete mystery.