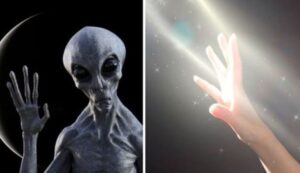 In the United States of America, a very specific program has started, within the framework of which the National Aerospace Agency (NASA) is preparing a “squad of priests” for contact with representatives of hypothetical extraterrestrial civilizations. This is reported by The Mirror.

Twenty-four priests and theologians representing different denominations were selected to participate in the new NASA program.

Experts will have to work out important issues related to contact with hypothetical aliens. Among the problems that the priests will tackle, there are, for example, questions about how the appearance of extraterrestrials in itself will affect earthly religions.

The Rev Dr Andrew Davison, a priest and theologian at the University of Cambridge with a doctorate in biochemistry from Oxford, is among 24 theologians chosen for the programme.

“Religious traditions would be an important feature in how humanity would work through any such confirmation of life elsewhere,” Davidson shared in a blog post on the University of Cambridge site.

“Because of that, it features as part of NASA’s ongoing aim to support work on ‘the societal implications of astrobiology’, working with various partner organizations, including the Center of Theological Inquiry at Princeton.”

Modern priests accept hypotheses according to which planet Earth is not the only place in the universe where life could originate.

This does not in any way contradict the existing religions, so the church will not lose its positions if tomorrow representatives of distant cosmic civilizations suddenly arrive on Earth.