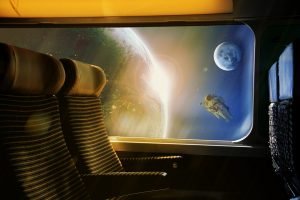 Although one second may seem insignificant to you, a lot happens in the universe in that small amount of time.

The universe is full of secrets, and it is so big that we cannot imagine what its boundaries are. The more we explore the universe, the more we realize how little we know about it.

However, despite its many mysteries, mankind has made great progress in understanding the cosmos. Over the past few decades, scientists have discovered that there are about 40 billion black holes in the universe. To date, astronomers have discovered more than 5,000 exoplanets in our galaxy that are capable of biological life.

Although we have made a lot of progress, we still cannot answer many mysteries. What is dark matter and what does it represent? Are black holes tunnels through time or space? And much more.

But here are some more impressive facts about the universe.

For us, one second passes in the blink of an eye, but on a cosmic scale, one second is a lot. A lot happens in just one second:

In one second, somewhere in the distant universe, a large black hole is born.

In one second, the universe will expand another 2,109,000 kilometers.

In just one second, our galaxy will rotate at a speed of 210 kilometers per second. Moreover, it will increase by 500 meters in a second.

Our space neighbor, the Andromeda galaxy, will approach us by 300 kilometers.

Yes, there are even things happening around us that we cannot see. Right now even if you’re sitting still not blinking, you’re moving. We are on a celestial body floating through the dark in the middle of something we know very little about.

If you like all things space and want to learn a bit about the things that happen each second, take a peek at the video below. While the numbers within it are approximate they put a lot into perspective. One second is so much more than most stop to realize, let that sink in.