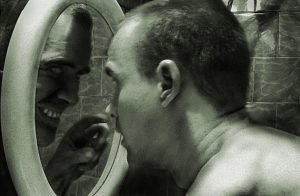 Remember scenes from horror movies where a character looks in the mirror and sees a completely unfamiliar face emerging out of it? Sometimes they see a reflection of a certain entity behind them. Where does this come from? Some explain this phenomenon by an optical illusion, others – deviations in the psyche, while others blame it on supernatural causes.

Italian psychologist Giovanni Caputo describes this phenomenon in detail in an article published in the journal Perception. To see someone else’s face in the mirror, you need to stare at your own reflection in a dimly lit room.

Optimal conditions for the experiment include a room lit only by a dim lamp (the author suggests a 25W bulb) placed behind your back, while the participant stares into a large mirror placed about 40 cm in front. Within a minute you will discover a “stranger.”

Caputo invited 50 volunteers to participate in the experiment. At the end of a 10 minutes session of mirror gazing, the participants were asked to write what they saw in the mirror.

66% of the 50 participants saw huge deformations of their own faces. 18 % saw a parent’s face with traits changed, of whom 8% were still alive and 10% were deceased. 28% saw an unknown person. 18% saw different animal faces such as a cat, pig, or lion, and 48% saw fantastical and monstrous beings.

According to Caputo, such effects may be a combination of visual distortion when the visual system, again and again, has to recognize the same images, which leads to changes in their interpretation.

The participants’ emotional reactions to the changes were even more interesting. Approximately half of them reported that emergence of new faces in the mirror caused sensations that an unknown person was looking at them from within or beyond the mirror. 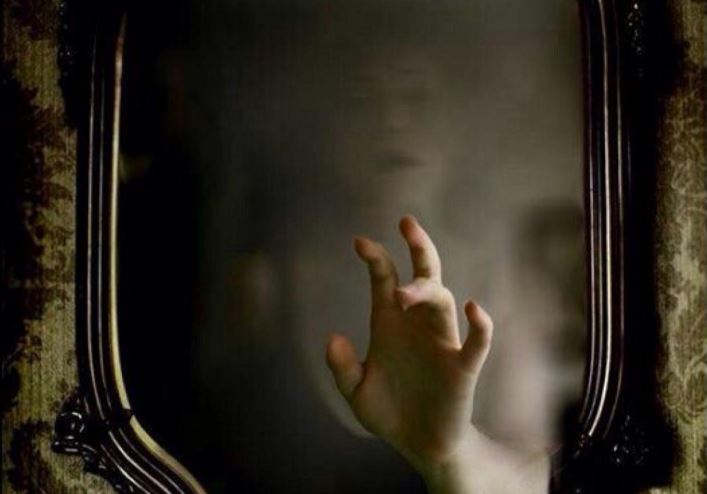 Monstrous beings produced fear or even horror. Dynamic deformations of new faces (like pulsations or shrinking, smiling or grinding) made the participants feel helpless before these creatures.

There is also an existing practice of telling fortune using mirrors when people try to predict who their soul mate would be. Biologist Mezentsev clearly stated in the “Encyclopedia of Miracles” that “mirror visions” is nothing more than a hallucination.

“What is the process like? he wrote. “Late in the evening, a girl is alone in a dark room lit by a small candle. She sits at a table, and trying not to move, she is staring into the dimly shining mirror surface. Time goes by, and gradually she falls into a drowsy state.

“Then, fleeting vision-images start popping in her “twilight” consciousness. There is no way to check what images the girl sees. Maybe there was no image, but she feels like there was one. In short, the nature of such illusions, “visions” is easily explained by the properties of our psyche.”

Cases where the reflection in the mirror acts as an independent entity are more difficult to explain. For Svetlana N. of St. Petersburg a spiritual session was just a distraction on a boring Saturday night.

She invited friends to her apartment. First they called the spirit of Pushkin, then Vysotsky, and a saucer moved in a circle while pointing at the letters of the alphabet, correctly answering their questions. And then Svetlana thought to call for her own spirit. When she uttered a spell she felt instant piercing pain.

The saucer on the table began to move, but the spirit replied in generalities. Soon her friends were bored with it, and the session was over. The guests began leaving and the host was left alone in her apartment.

While washing dishes, Svetlana heard footsteps behind her. She looked around and saw a vague silhouette in the hallway. The figure slipped into the bathroom, where the lights came on and water gushed out of the tap.

She gained courage to look in the bathroom and discovered that the tap was in off position, but there were water splashes in the sink. She looked in the mirror and was speechless when he saw herself in a dressing gown, while she knew that she had not had time to change after her guests had left.

It seemed that the reflection was reaching for her, as if to grasp. Svetlana took a step back, and then some invisible hand started throwing items from the bathroom shelf at her. The woman had never engaged in spiritualism again.