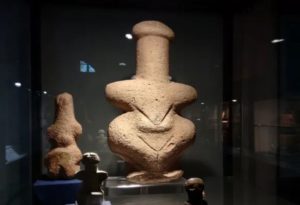 This curious limestone statue was unearthed at Lemb (Lempa), Cyprus in 1878. It has earned the nickname ‘Goddess of Death’ but its actual name is the ‘Women from Lemb’.

Dating from 3500 BC, its real purpose is unknown but it may have been a fertility statue or a representation of a goddess whose name has been lost to time. This little innocuous looking statue has become famous for the deadly effect it has had on each of its owners.

The statue has belonged to at least four different families and each one has suffered a great amount of tragedy after acquiring the piece.

After its discovery the first person to procure it was Lord Elphont during the time Cyprus was under British colonial rule. Within 6 years, he and seven members of his family all died. 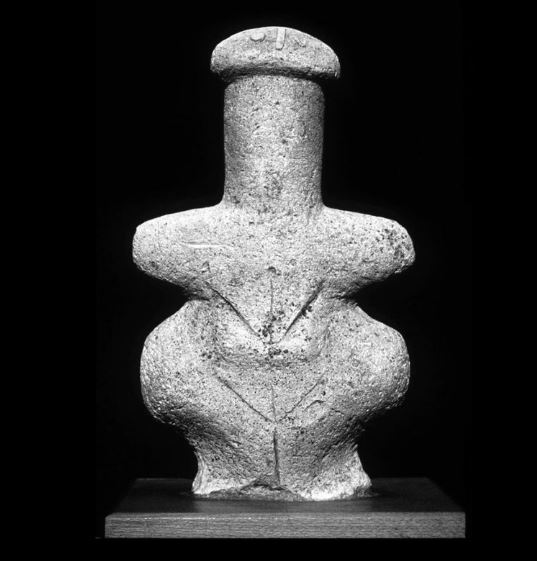 After this, the statue disappeared for a while. It was later mysteriously found in a cellar cabinet.

The last private owner of this statue was Sir Alan Biverbrook. All but two of his sons succumb to this curse. Including his wife and two younger daughters.

It was now apparent that the Lemb statue was haunted but even worse cursed. The Biverbrook sons not wanting to become its next victims donated it to the Royal Scottish Museum in Edinburgh in the early 1900s. This museum since has been renamed the National Museum of Scotland.

The first curator to handle the statue—now known as the Goddess of Death—died within the first year.

This odd limestone statue remains in this museum today. No further deaths have occurred. Many believe the reason for this is because the statue is kept locked behind glass.

Very few people are allowed to touch it and those who do are not allowed to handle it with their bare hands.