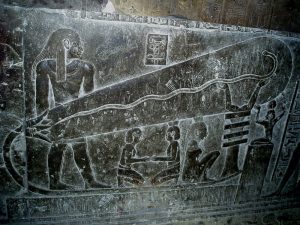 In our modern society, knowledge and culture are no longer the exclusive preserve of a wealthy or religious social class, but we all can access them through school curriculum. The effort of acculturation can also be continued on one’s own account, through libraries, museums, good quality television documentaries, broadcasting by commercial channels too.

Knowing how to read and cultivate the joy of reading by themselves are already two phenomenal learning tools. And even in those nations of the world where a college education and a degree are expensive and almost entirely run by non-state actors, no one is in fact precluded the opportunity to learn and know what can arouse interest, whether the history of a civilization, ancient and now vanished or the most recent scientific discoveries. The production of books and materials, in good quality, is in fact continuous.

Since science and technology play a very important role in our contemporary world, and the results of these two disciplines of Knowledge are under everybody’s eyes, one would think that there is very little room for superstition and credulity, both always accompanied by emotion and sensationalism.

Unfortunately, it’s exactly the opposite. Superstition and gullibility continue to prosper, and not only in more traditional areas, such as astrology, but also in new contexts that offer alternative and fancy explanations of facts that have a natural explanation, this last considered false and diffuse through the conspiracies of various kinds. These plots are generally considered skillfully made ​​by elites only ever supported to defend their special interests.

In a previous article, we have tried to make a small and imperfect homage to those people who, first, studied the phenomenon of radiation, whose understanding was possible thanks to the development of new tools, both conceptual and technological.

The Crookes’ tubes, and the study of X-rays, which are described in the article noted, were made possible by the invention of the earlier Geissler’s tubes and improvements introduced in the field of pneumatic technologies needed to create a vacuum inside the tubes themselves.

It’s important to understand that inventions and discoveries are never the result of isolated incidents, even when they are so innovative as to constitute a watershed in human history.

They are the result of continuous development and differentiation of Knowledge, in a broader and more organized tissue, in which individual actors are always in contact with each other through official and well-tested channels.

This simple truth is totally ignored and often deliberately varied by a circle of people who come to study certain issues only in sensationalist and superstitious terms, perhaps because they are bored with their daily lives. 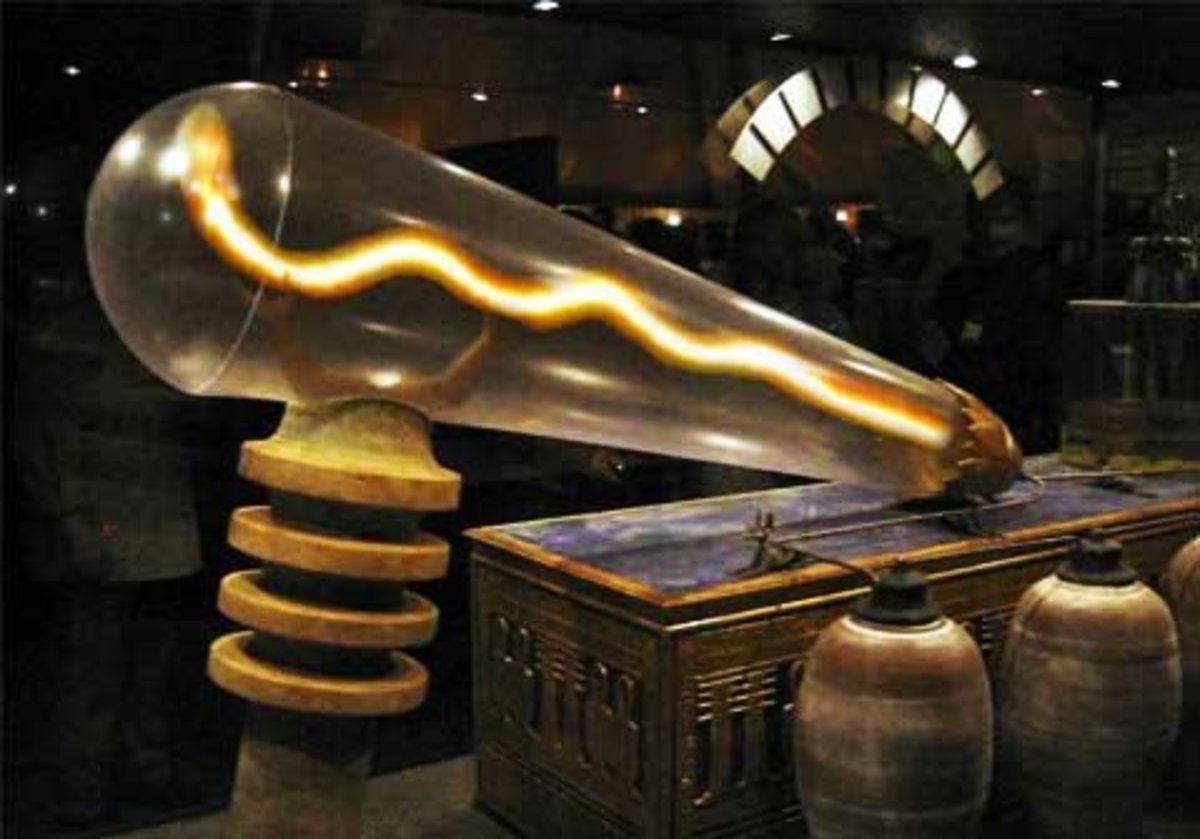 The so-called Dendera’s lamps are a textbook case of how an historical truth, clear and well known within the archeological context, can be disrupted by alternative explanations completely unfounded and untenable, but are also a result in part of the general public and thus they also perpetuate.

The temple of Hathor at Dendera, Egypt, the ancient city dating from the fourth dynasty (that is to say more than 4500 years ago), was discovered in 1857 and contains all that can usually accommodate a house of worship built in the ancient Egypt of Pharaohs: ritual rooms, morgues, more or less ornate, more or less long corridors and more or less straight, statues, frescoes and bas-reliefs more or less preserved.

One of these reliefs, in particular, represents two human figures at the foot of each of which there is an object in the shape of an elongated bulb, closed at one end by a corolla from which unfolds a long shank (or a very long root).

Inside the bulb is a filament recognizable and well represented in the form of a serpent, and each bulb is supported, to the rounded ends, by a media with 3 rings. The scene depicts the god Toth, in the act of challenging two knives: this figure is commonly interpreted as a warning of danger or attention.

Fans of mysteries and alternative interpretations have no doubts that the objects represented are nothing other than…. Crookes’ tubes! At the very least they are simple discharge tubes, but one thing is certain: the ancient Egyptians knew electricity and employed it during their sacred ceremonies with devices whose discovery by humanity was prompted thousands of years later.

There is no clear idea of ​​how the electricity needed could be generated to power those devices. And even where the generators could be: this topic is never thorough, almost as if electricity was freely obtainable from the environment, without any effort.

In reality, a constant production of electricity is not quite easy to obtain, without sudden changes in voltage and intensity. In fact, the sudden burst constitutes a danger for any device that uses electricity as a power source. to the point that now families have commonly become used to certain devices, for example, designed to protect computers from sudden and unexpected fluctuations in the main power source.

May it still be proper to compare those depicted in the reliefs at Dendera to discharge tubes that were built by the ancient Egyptians? Let’s examine the devices in their constituent parts.

Because a device has similar functions, it requires a glass bulb blown on purpose until it assumes the desired shape, density and purity, as uniform as possible. A glass artisan is therefore necessary: it must be that of a master glass craftsmen who knows their job well and will be able to raise it to an art.

Unfortunately there is no evidence that the glass craft was highly developed in ancient Egypt. It is not credible that the men could blow into a mass of molten glass only sometimes succeeding to obtain the same final useful and suitable product for the purpose sought.

Connection cables between the tube and the generator are also required. The wires must be of conductive material and contained in an insulating sheath in order to prevent accidental electrocution: the Crookes’ tubes in fact work with voltages in the thousands of volts whose effect on objects and living organisms can be felt even at low current intensity.

This implies that one must be able to spin a metal wire and isolate it so that, once used, is not dangerous to people who manipulate it. 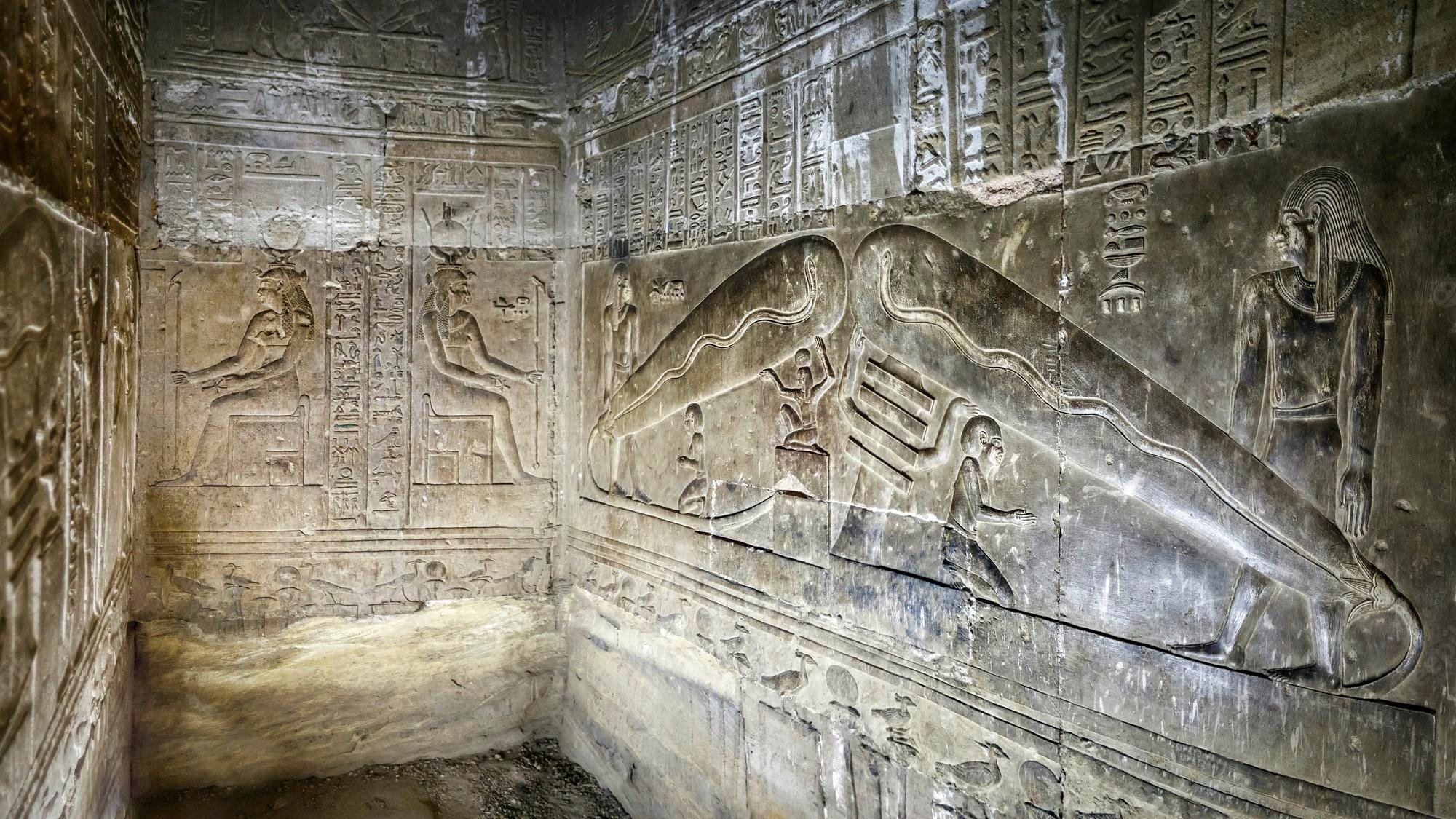 The discharge tubes are not completely empty, but contain a residue of air that allows the formation of the discharge itself and therefore the operation of the appliance.

Then vacuum pumps are necessary in order to extract the air from the tube to the right degree of rarefaction and joint sealants are necessary to prevent later entering of atmospheric air, which would thus make it unusable pipe.

The ancient Egyptians did not know about pumps of any kind, let alone more advanced pneumatic ones. On the other hand, it was the development of pneumatic technology between ‘700 and the first half of ‘800 to allow the progress of studies on the phenomenon of electric discharge in rarefied gases. It is no accident that one of the employees of Geissler was an expert on mechanical vacuum pumps.

In any documents dating back to ancient Egypt, there is, finally, the scheme of a generator or an accumulator battery, perhaps referring to an earlier historical period (or later) in the building of the temple of Dendera.

The reasons set out above are all of the technological type, but there are other, more sociological types, which should make the fans of alternatives theories think on the actual merits of their ideas.

The nations in which certain phenomena were studied, and some equipment built, the Europe of the nineteenth century, were all cast in the world. They have already founded colonies in other parts of the globe and reached them by ships increasingly driven not only by strength of the wind, but also from that of steam, steam produced in a boiler fueled by wood or coal and inside the ship itself, the latter certainly not built by interlacing bundles of reeds.

In the second half of the nineteenth century, for many years, news and information were printed in the form of books made with cellulose paper, not hand-written on papyrus scrolls.

Gunpowder had already upset the way to fight wars where the ancient Egyptians knew how to forge weapons only with copper or bronze, not in steel. The territorial expansion of European empires was higher than that of the Egyptian kingdoms, a consequence of changing technologies applied to war and the increasing ability to move troops and populations.

The appearance of cities, then, has changed over time, due to the emergence of certain discoveries and at the expense of old-established traditions, abandoned because they are inadequate for modern times.

All this means that an invention or idea appears generally accompanied with another, and it is connected by a kind of connective cultural tissue.

Having rejected the possibility of indigenous manufacture, some allude to the memory of an earlier and more ancient civilization or even extraterrestrial contact.

Regarding a possible lost civilization, remember that the underground not only hides, but often also retains. It is for this reason that one can still find artifacts dating back thousands of years ago in good condition.

Where are the cities, palaces, temples, roads, and major civil engineering works carried out before building a small discharge tube? Apparently, this civilization did not leave anything behind, except a vague memory in a bas-relief of a minor temple in Egypt.

As for a contact between a civilization of the Bronze Age, and another capable instead of interstellar travel, the writer merely states that it makes sense to take a trip only if the time interval between the departure and the return is small compared to the life of travelers, as well as those of their families and friends.

The difficulty in reading and interpreting ancient hieroglyphics and ancient figures makes the reconstruction of historical reality difficult, but not impossible.

What is the bas-relief at Dendera then? Nothing other than a religious rite, performed in honor of the god of the sun and repeated annually. The figures represent symbolically the periodic return of the god of Athor and others gods connected to it in the cycle of seasons. The bulb that rests on a stem with three circles is nothing but the lotus flower, supported by the backbone of the god to whom the temple is dedicated.

The temporal distance that separates the ancient inhabitants of the Nile from we contemporary people has led to almost total oblivion of the memory of their religious practices, their propitiatory rituals and their beliefs, but has not made ​​impossible a serious and detailed study of what affects them.

Simply, some people find the official and scientific explanations boring and prefer to replace them with others more convenient, more imaginative and perhaps appealing at first glance, but which turn out to be completely unfounded after a thorough analysis.

The legend of the Dendera lamp will not escape this truth.