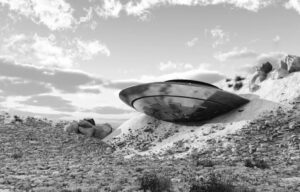 On May 6, 1978, at about 4:15 p.m., something crashed into a mountain near El Taire on the Bermejo River, the border between the Bolivian province of Tarija and Argentina.

Thousands of people saw this happening and later described the object as being cylindrical in shape with a flaming tail. It had caused a supersonic bang that was heard up to 150 miles away and that cracked windowpanes as far away as 30 miles in every direction.

The next day, the papers were speculating on what had come down in that godforsaken place. The explanations ranged from meteorites to UFOs and belated reentry of some Apollo capsule. All of them referred to statements of eye witnesses.

Then it was announced that the Argentinian authorities had sent the 20th unit of the border police to the area in question to look for wreckage on their side of the border.

The search in that mountainous country could last for weeks, so swarms of reporters went to the nearest big town, Aguas Blancas, to take up quarters there and await further developments, as well as to interview eyewitnesses in the town. And in fact, there were a number of witnesses who claimed to have seen the object.

Most of them described it as oval or cylindrical and metallic. The army, too, seemed to be convinced that it was a UFO.

Corporal Natalio Farfan Ruiz, the commandant of a small border police unit at the little village of La Marmora (800 inhabitants), confirmed the crash to Argentinian reporters saying: “It was about 4:30 p.m. when a cylindrical object made the earth tremble. Just imagine what would have happened if the UFO had fallen on the houses!”

Policeman Juan Hurtado had also seen what had happened: “It looked like a gigantic wine container emitting a trace of white smoke. I saw it clearly. It flew directly above my head. 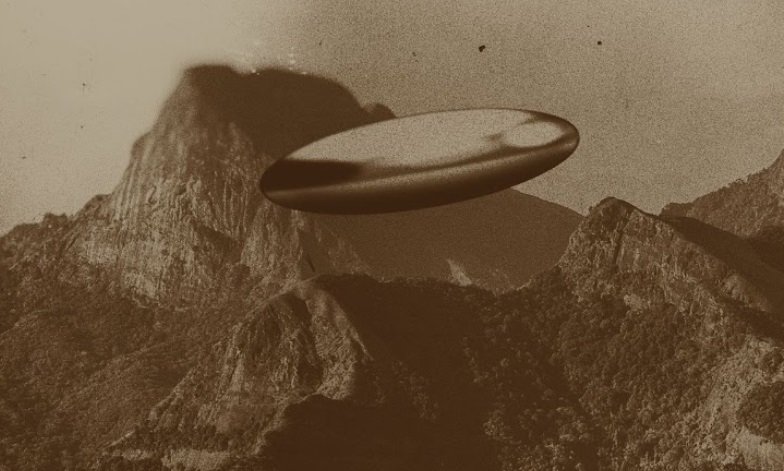 “I was on duty and at that moment was talking with three engineers from the mine in La Paz, when we saw the object crashing into the El Taire mountain. The impact was so strong that it threw me to the ground. The earth trembled at that moment.”

Finally, the Bolivian Air Force sent three single-motored AT6 airplanes—a model from World War II—to the area and discovered the crash site on the southern slope of the El Taire mountain.

Whereas the pilots found it impossible to land anywhere near it, the newspaper Clarin of Buenos Aires announced on May 14, that the object had been found. As proof, they quoted the police chief of Tarija: “Our men have discovered the object and inspected it, but have received no instructions for further action.

It is a dull metallic cylinder twelve feet long with a few dents. No one knows what is inside it, and we are awaiting the arrival of various technical commissions. A NASA expert is also expected to arrive tomorrow morning.”

According to a newspaper, although these officers were officially on leave, they had been instructed to take the object to the United States in a Hercules C-130 transport machine, which was waiting for them at La Paz.

When other newspapers made inquiries at the American Embassy regarding this secret mission of Simmons and Heise they were met with a denial.

Only two years later, 5 relevant documents were released by the U.S. State Department: they revealed that Simmons and Heise had been assigned to the military attache of the U.S. Embassy in La Paz and did, in fact, fly to Tarija accompanied by an officer of the Bolivian Air Force, in connection with Project Moon Dust.

Regrettably, no further reports concerning the Simmons-Heise expedition were released and, to get a picture of what happened, we are forced to rely on reports in the Argentinian press.

Apparently, however, nobody came to the conclusion that a meteorite had hit the earth. At the world-famous Smithsonian Institution there is a data bank of scientific occurrences, or an “alarm network,” that keeps track of every volcanic eruption, every earthquake and every meteorite collision since 1973 with painstaking accuracy.

The data bank reveals no mention of a meteorite falling during May 1978 at the Bolivian-Argentinian border.

The Air Force documents reveal that the 1127th field activities group, which coordinated Project Moon Dust, was interested in another task besides the recovery of UFO wrecks and other space objects, represented by the code name HUMINT.

This code name, short for Human Intelligence, means the collection of information from human sources through clandestine undercover methods—in contrast to interrogations, reading through files and correspondence, etc.

In other words, it meant the collection of information about UFOs from reliable sources through a game of deceit. The method which was chosen to achieve HUMINTs goals was so bizarre that nobody outside the UFO community would believe it.