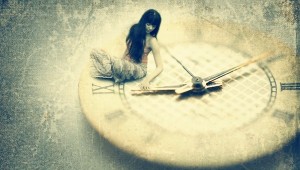 Under hypnosis, many individuals remember the details of previous lives, even to the point of taking on the personalities of their former selves – and speaking in foreign languages.

In 1824, a nine-year-old boy named Katsugoro, the son of a Japanese agriculturalist, told his sister that he considered he had a past life. Based to his story, which is one of the earliest cases of past life recall on record, the boy vividly recalled that he had been the son of another farmer in another village and had died from the effects of smallpox in 1810.

Katsugoro could remember dozens of specific events about his past life, including details about his family and the village where they lived, even though Katsugoro had never been there. He even remembered the time of his death, his burial and the time he spent before being reborn. The facts he related were subsequently verified by an investigation.

Past life recall is one of the most fascinating areas of unexplained human phenomena. As yet, science has been unable to prove or disprove its genuineness. Even many who have investigated claims of past life recall are unsure whether it is an historical recollection due to reincarnation or is a construction of information somehow received by the subconscious. Either possibility is remarkable. And like many areas of the paranormal, there is a propensity for fraud that the serious investigator must watch out for. It’s important to be skeptical about such extraordinary claims, but the stories are nonetheless intriguing.

Past life recall generally comes about spontaneously, more often with children than adults. Those who support the idea of reincarnation believe this is because children are closer to their past lives and that their minds have not been clouded or “written over” by their present lives. Adults who experience past life recall often do so as the result of some extraordinary experience, such as hypnosis, lucid dreaming or even a blow to the head.

Here are some outstanding cases.

Born in Sri Lanka (formerly Ceylon), Sujith was barely old enough to speak when he began to tell his family of a previous life as a man named Sammy. Sammy, he said, had lived eight miles to the south in the village of Gorakana. Sujith told of Sammy’s life as a railroad worker and as a dealer of a bootleg whiskey called arrack. After an argument with his wife, Maggie, Sammy stormed out of his house and got drunk, and while walking along a busy highway was struck by a truck and killed.

Young Sujith often demanded to be taken to Gorakana and had an abnormal taste for cigarettes and arrack. Sjuth’s family had never been to Gorakana and hadn’t known anyone that fit Sammy’s description, yet, being Buddhists, were believers in reincarnation and therefore not completely surprised by the boy’s story. Investigations, including one conducted by a professor of psychiatry from the University of Virginia, confirmed as many as 60 of the details of the life of Sammy Fernando who indeed had lived and died (six months before Sujith’s birth) just as Sujith had said.

When Sujith was introduced to Sammy’s family, he surprised them with his familiarity with them and his knowledge of their pet names. This is one of the strongest cases of reincarnation on record.

In 1986, a woman known by the pseudonym “Monica” underwent hypnosis by psychotherapist Dr. Garrett Oppenheim. Monica believed she discovered a previous existence as a man named John Ralph Wainwright who lived in the southwestern U.S.

She knew that John grew up in Wisconsin, Arizona and had vague memories of brothers and sisters. As a young man he became a deputy sheriff and married the daughter of a bank president. According the Monica’s “memory,” John was killed in the line of duty – shot by three men he had once sent to jail – and died on July 7, 1907.

Perhaps the most famous case of past life recall is that of Virginia Tighe who recalled her past life as Bridey Murphy. Virginia was the wife of a Virginia businessman in Pueblo, Colorado. While under hypnosis in 1952, she told Morey Bernstein, her therapist, that over 100 years ago she was an Irish woman named Bridget Murphy who went by the nickname of Bridey.

During their sessions together, Bernstein marveled at detailed conversations with Bridey, who spoke with a pronounced Irish brogue and spoke extensively of her life in 19th century Ireland. When Bernstein published his book about the case, The Search for Bridey Murphy in 1956, it became famous around the world and sparked an excited interest in the possibility of reincarnation.

Over six sessions, Virginia revealed many details about Bridey’s life, including her birth date in 1798, her childhood amid a Protestant family in the city of Cork, her marriage to Sean Brian Joseph McCarthy and even her own death at the age of 60 in 1858. As Bridey, she provided numerous specifics, such as names, dates, places, events, shops and songs – things Virginia was always surprised about when she awoke from the hypnosis.

But could these details be verified? The results of many investigations were mixed. Much of what Bridey said was consistent with the time and place, and it seemed inconceivable that someone who had never been to Ireland could provide so many details with such confidence. However, journalists could find no historical record of Bridey Murphy – not her birth, her family, her marriage, nor her death.

Believers supposed that this was merely due to the poor recordkeeping of the time. But critics discovered inconsistencies in Bridey’s speech and also learned that Virginia had grown up near – and had known well – an Irish woman named Bridle Corkell, and that she was quite likely the inspiration for “Bridey Murphy.” There are flaws with this theory, too, however, keeping the case of Bridey Murphy an intriguing mystery.

Hypnosis isn’t the only method by which past lives are recalled. A Britsh woman was distressed by a recurring dream in which she, as a child, and another child with whom she was playing, fell from a high gallery in their home to their deaths. She vividly remembered the black and white checked marble floor on which they died. She repeated the dream to several of her friends.

Sometime later, the woman was visiting an old house that had a reputation for being haunted. With its black and white marble floor, the house immediately was recognized by the woman as the scene of the deaths in her dreams. She subsequently learned that a small brother and sister really had fallen to their deaths in the house. Was she recalling a past life, or had she somehow psychically tuned in to this dramatic history?

In 1958, a woman who in this case was identified only as T.E., underwent hypnosis by her husband, a medical doctor and experimenter with past life regression. Once in a trance state, T.E.’s voice deepened to one that was distinctly male and she declared in broken English that she was a farmer named Jensen Jacoby who lived in the 17th century.

T.E.’s speech was peppered with Swedish words, a language that she and her husband swore she did not know. After six hypnotic sessions, T.E. was talking exclusively in Swedish, even conversing fluently with several Swedish persons that her husband had brought in to witness the phenomenon. These native Swedes confirmed that she was speaking a somewhat archaic form of Swedish that would have been spoken at the time Jensen said he had lived. These are just a few of the more well-known examples of past life recall.

Those who practice past life regression therapy today claim that it has certain benefits. They say it can shed light on present life personal issues and relationships and can even help to heal the wounds suffered in a past life.

Reincarnation has also been one of the central tenets of many Eastern religions, and one can return to this existence in a new physical form, whether it is human, animal or even vegetable. The form one takes, it is believed, is determined by the law of karma – that the higher or lower form one takes is due to one’s behavior in the previous life.

The concept of past lives is also one of the beliefs of L. Ron Hubbard’s Scientology, which states that “past lives are suppressed by the painfulness of the memory of those former existences. To restore the memory of one’s whole existence, it is necessary to bring one up to being able to confront such experiences.”

Another fascinating case of past life regression took place in Wales where Graham Huxtable, a mild-mannered swimming instructor, was placed under hypnosis by hypnotist Arnall Bloxham. In a trance, Huxtable not just recalled a past life, he seemed to actually become a man named Ben, a boisterous gunner on an 18th century British frigate called Aggie.

While inhabited by the personality of Ben, Huxtable would call out orders to the men on the ship in a heavy accent and use obscure nautical terminology. He even relived every moment of a battle in which he eventually suffered an injury to his leg. Bloxham had difficulty bringing Huxtable out of trance, but when he did, the man complained of a pain in his leg.

And when Bloxham replayed a recording of the session, Huxtable was astonished at what he heard, recalling nothing of his experience under the trance. Although experts could verify the terms and language that “Ben” used, they could not find records of a ship named Aggie nor of the ship’s captain he had named. Past life recall… or a case of multiple personality?