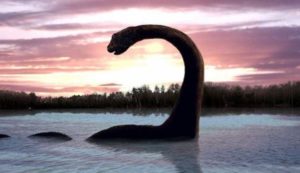 While there is no scientific evidence for the cryptid’s existence, there have been over 300 reported sightings. The legend of the monster is considered a draw for tourism in the Burlington, Vermont area.

Like the Loch Ness Monster, some authorities regard Champ as legend, others believe it is possible such a creature does live deep in the lake, possibly a relative of the plesiosaur, an extinct group of aquatic reptiles.

Two Native American tribes living in the area near Lake Champlain, the Iroquois and the Abenaki, had legends about such a creature. The Abenaki called the creature “Tatoskok”. 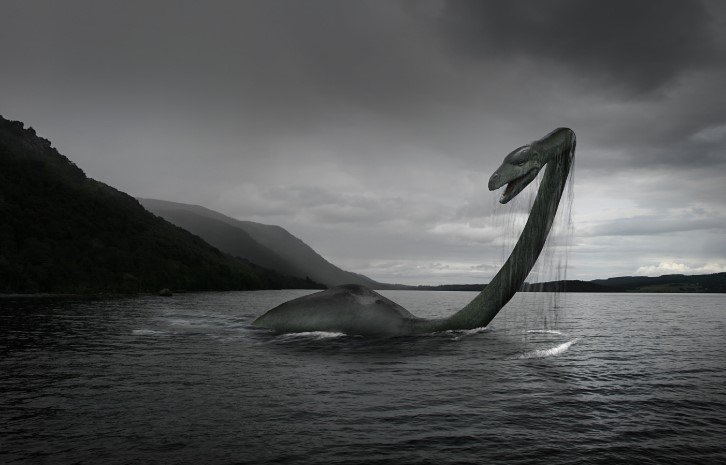 An account of a creature in Lake Champlain was ostensibly given in 1609 by French explorer Samuel de Champlain, the founder of Québec and the lake’s namesake, who is supposed to have spotted the creature as he was fighting the Iroquois on the bank of the lake.

However, in actuality, no such sighting was recorded, and it has since been traced back to a 1970 article. In early July 1873, a crew laying track for the New York & Canada Railroad along the shore near Dresden, New York, saw a serpent with an enormous head approaching them from across the lake.

The men started to retreat but saw the animal turn and swim rapidly away. It seemed to be covered with bright, silvery scales, and it spurted water about 20 feet into the air. Its tail resembled that of a fish. A few days afterward, others saw the animal and farmers complained of missing livestock.

On August 9, a party of monster hunters organized by the Whitehall Times allegedly trapped the serpent in Axehelve Bay and shot it from the decks of a steamboat they had commandeered, the Molyneaux. On September 7, railway workers eager for the $50,000 reward that P. T. Barnum had recently offered thought they had found the missing carcass, but it turned out to be a log.

On July 30, 1883, Sheriff Nathan H. Mooney saw a huge serpent 25–35 feet long with a flat, triangular head in Cumberland Bay, New York. It stood out about 5 feet above the water. Sightings continued throughout the summer.

In 1945, Charles Langlois and his wife, of Rutland, Vermont, got close to the animal in a rowboat. Orville Wells watched a 20-foot animal with a long neck and two humps in Treadwell Bay, New York, in 1976.

On July 5, 1977, Sandra Mansi and her family were picnicking by the lake when they saw the head and neck of a “dinosaur” some 100–160 feet offshore near St. Albans, Vermont.

She managed to take a colored Instamatic photograph of the animal before leaving hurriedly in the car. The photo has held up under scrutiny and apparently shows a gray-black object at least 15–20 feet long at the waterline. 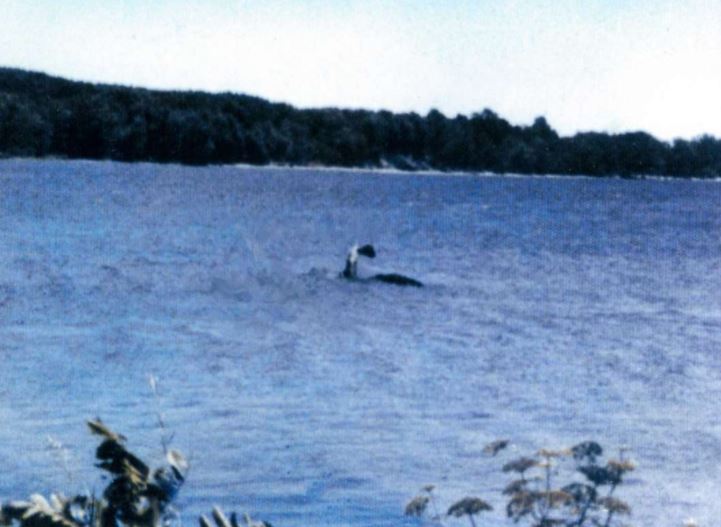 It has a long neck, a small head, and a hump. B. Roy Frieden of the University of Arizona’s Optical Sciences Center in 1981 determined that the photo was not a montage and appeared to show a separate set of surface waves coming from the object that are independent from the waves from the rest of the lake.

A 1982 analysis of wave patterns in the photo by oceanographer Paul H. LeBlond gave an estimate ranging from 16 to 56 feet for the waterline length of the object. Jim Kennard and Joseph Zarzynski picked up a target using towed side-scan sonar on June 3, 1979, in Whallon Bay, New York.

The object was moving at a depth of 175 feet. However, a school of fishes was not ruled out. On July 28, 1984, Michael Shea, Bette Morris, and about sixty other people watched Champ for ten to fifteen minutes from the vessel The Spirit of Ethan Allen off Appletree Point, Burlington, Vermont.

It was approximately 30 feet long and had three to five humps. On August 10, 1988, Martin Klein, Joseph Zarzynski, and others aboard an air-sea rescue vessel between Westport, New York, and Basin Harbor, Vermont, saw an animate object thrashing on the surface of the lake.

On July 6, 2000, Dennis Jay Hall obtained about forty-five minutes of digital video of two long-necked animals in shallow water just south of the mouth of Otter Creek, Vermont. He has several videos of single animals taken on several other occasions, one as recently as October 6, 2000, in Button Bay, Vermont.

Many believe that Champ may be a plesiosaur similar to “Nessie”, claiming the two lakes have much in common. Like Loch Ness, Lake Champlain is over 400 feet (120 m) deep, and both lakes were formed from retreating glaciers following the end of the Ice Age about 10,000 years ago.

Believers also claim both lakes support fish populations large enough to feed a supposed sea or lake monster. This legend would require either a single 10,000-year-old animal, or a breeding population of thirty.