There are tales and ballads about silkies and humans having children. Some families on the Hebrides and Orkney Islands trace their families back to silkie/human unions. People have also reported seeing merfolk, in Scottish waters.

A merfolk person had the upper body, arms, and head of a fair-featured human from the waist up and instead of legs they had a fish-like tail from the hips down. Their humanoid features were fey-like, more similar to elves than humans

Report of merfolk encounters since 1809 include:

January 12, 1809 – Two women reported seeing a creature with a female upper body and green hair cavort in the water in Sandside. The published account prompted schoolmaster William Monroe to write about his experience. He saw a female form sitting on a rock, combing her hair, before she disappeared into the sea.

1811 – On October 13th, John McIsaac saw a merfolk in the waters of Kintyre. Katherine Loynachan saw a similar creature there. Both signed sworn statements and were deemed credible.

Summer of 1814 – A boy was the first to report sighting a mermaid in Scotland’s west coast waters. He was ridiculed. A month later, a group of children encountered a mermaid. Some of the children ran to summon farmers.

By the time they returned, the creature swam closer to shore. The group watched the mermaid who emitted intermittent hissing sounds for about two hours before she dove returned into the sea. On August 15th, William Gordon and Thomas Johnstone reported seeing a merman who, briefly disappeared underwater, then reappeared joined by a mermaid. 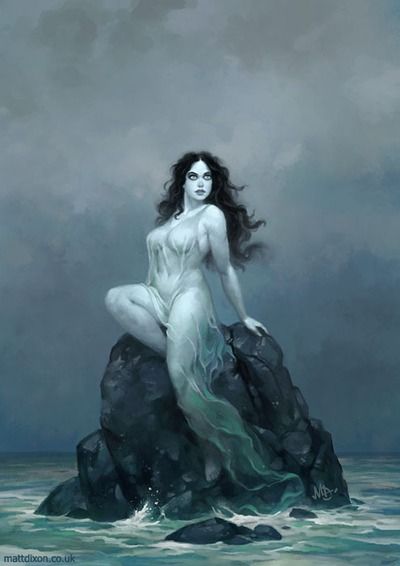 1830 – People in the Benbercula saw a small mermaid somersaulting in the water. Men tried to capture her, but she evaded them. A boy hit her with some rocks and she disappeared underwater. Her body washed up on the beach a few days later. She was buried in Nunton.

1947 – A mermaid was reportedly spotted off of the Isle of Muck.

2009 – Many people in the Hebrides reported seeing a creature looking like a young girl leap from the water and frolic across the waves before disappearing into the sea. There’s a $1,000,000 reward to anyone who can prove she exists.

What Could Scottish Merfolk Be?

Many people believe that sightings of merfolk are actually dugongs and manatees, members of the Sirena family. These aquatic mammals live in tropical and sub-tropical coastal marine waters, rivers, swamps, wetlands and estuaries, so it’s extremely doubtful that they would be found in Scotland’s waters.

Two theories are that they might be an undiscovered fish whose top part looks human or a species of primates that evolved into an aquatic animal, but there’s a dearth of evidence to support either supposition.

Although merfolk have been sighted near shore where a live one could theoretically be captured, none have ever been caught. People haven’t found a dead specimen, with the exception of the one that found in 1830. Could the body be exhumed?

Some people postulate that merfolk are descendants of aliens who took to the waters after they became stranded on Earth. Others speculate that they might be people from lands under the ocean, such as the legendary Atlantis.

There are also those who think mermaids are a sub-type of undines, elemental water spirits, who can shapeshift.

Merfolk, like other cryptids, are wary of humans and elude them. Maybe, one day, a live one will be gently captured or a body of a deceased one will wash up on a beach so that merfolk might join the ranks of known animals.

The only way to prove silkies exist would involve a human who claims to be a silkie; one would have to witness as he/she shapeshifts into a seal before returning to the sea, which is, most likely, impossible.