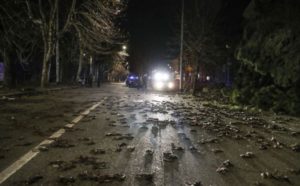 Dead birds began to fall from the sky over all Europe and no one can explain why this is happening.

Dead birds have been found on many streets of Athens and on the Aegean islands. Maria Ganoti from Anima Wildlife Group said it is a real disaster.

Also, many dead herons were found near the village of Kepryshyk. This frightened not only local residents, but also officials who do not understand what is happening and why birds began to die en masse.

In Denmark, almost 200 dead ducks were found on the beaches of Losos. The birds were checked for bird flu, but the results were negative.

A similar thing happens in some other countries in Europe, but no one can say for sure what the cause of the death of the birds actually was.

Some experts think that the very strong winds that have been observed over the past three years have led to the death of a huge number of swifts and swallows that flew to Europe from Africa, but if the birds continue to die, then this version will be erroneous.