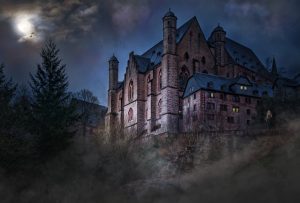 The county of Cumbria is home to England’s great lakes as well as the country’s highest peaks. It also forms the picturesque backdrop to several of the nation’s most haunted castles.

Boasting a variety of paranormal activity, Muncaster Castle is considered one of the most haunted buildings in England. King John conferred land to Alan de Penitone in the 13th century and the castle was built in 1325 overlooking the River Esk. In 1464 a rather wretched Henry VI was granted refuge at the castle after the Battle of Hexham.

Some of the supernatural phenomena at Muncaster have been attributed to the nefarious deeds of Thomas Skelton, a jester at the castle in the 16th century. Also known as Tom Fool, Skelton had a malicious sense of humour.

Legend has it that he would sit under the chestnut tree outside the castle and converse with passers-by when they asked for directions. People Skelton didn’t take to he deliberately directed the wrong way, frequently to the quicksand near the River Esk. 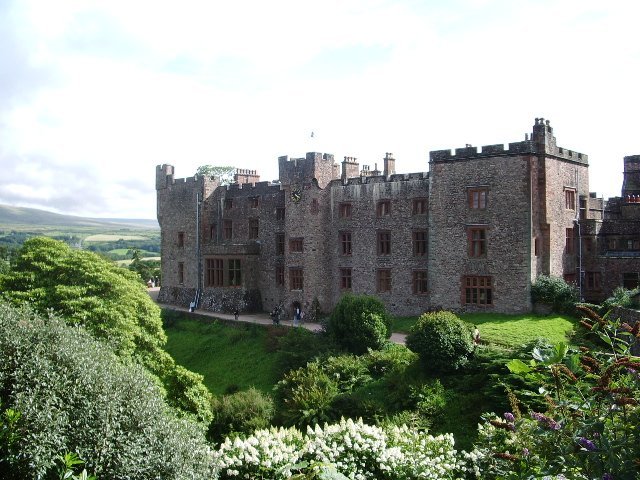 In 1585 the daughter of the Lord of Muncaster fell for a local carpenter, despite being betrothed to a member of a powerful family. Tom Fool was instructed by the lord to deal with the situation. The malevolent jester invited the hapless carpenter to the castle under false pretences.

He then got the young man drunk and subsequently decapitated him with his own tools, presenting the head to the castle’s lord. Sometime afterwards Skelton drowned in the River Esk. His portrait is on display at the castle.

Several visitors to the castle have spent a troubled night in the Tapestry Room. A chilly atmosphere and the inexplicable sounds of a child crying are said to plague the room.

In 1993 an intensive paranormal investigation was carried out at Muncaster, with particular emphasis on the Tapestry Room. The researchers concluded that the castle is indeed inhabited by supernatural energies.

There is a gory story attached to Dacre Castle, a fortified tower house near Penrith. In the 15th century Sir Guy Dacre, a young heir to the castle, took a shine to a woman called Eloise, the daughter of a French nobleman.

Unable to successfully woo the lady, Sir Guy appealed to the services of his Italian tutor to put in a good word for him whilst he went off to fight the Scots. Unknown to Guy this tutor entered into a relationship with the Frenchwoman, a relationship that persisted even after Lord Dacre married Eloise. 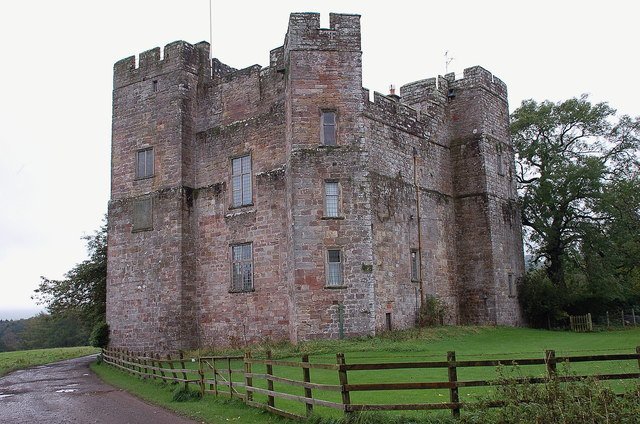 Before setting off for another battle with the Scots, Guy entrusted the castle to his friend Lyulph. It wasn’t long however before Lyulph became aware of Eloise’s infidelity, and reported his findings back to Sir Guy, who promptly returned to Dacre.

The Italian tutor attempted to make a run for it but was captured by Lyulph. Guy meanwhile imprisoned his unfaithful wife in the castle’s dungeon. Initially Eloise was somewhat relieved to find her lover chained up in the gloomy chamber with her, although when she went to embrace him his head fell off and bounced on to the floor.

Left to rot with only her decapitated lover for company, Eloise went slowly mad. To this day the castle is said to be haunted by the restless spirits of the long-dead lovers.

The picturesque ruin of Lowther Castle is apparently inhabited by the ghost of James Lowther, 1st Earl of Lonsdale. In life, Lowther was said to be a cruel and unstable man. He had a selection of nicknames, including ‘Wicked Jimmy’, and ‘Jemmy Grasp-all, Earl of Toadstool’. 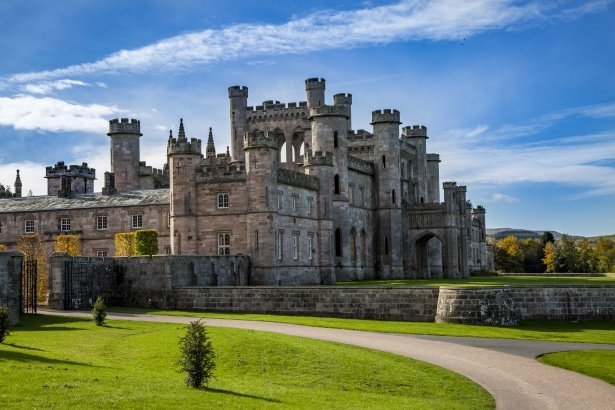 He also had several mistresses, including the beautiful daughter of one of his tenants. This woman died young and James, unable to accept her death, left her decomposing corpse in bed for some time until his servants refused to enter the chamber on account of the stench of rotting flesh.

It is said that when James himself died, his bad-tempered ghost put in a typically irascible appearance at his own funeral. The castle’s former earl has also been sighted around the Lowther estate, riding a phantom coach and whipping some spectral horses into frenzy.

A motte-and-bailey stronghold was built at Carlisle in the 11th century by order of William II but the present stone castle mostly dates from the reign of Henry I. Standing near the Scottish border, the castle is one of the oldest in England with a colourful history.

There is also a plethora of supernatural incident at the building, including sightings of ghostly guards and sentries, a walled-up woman, and even the spirit of King Stephen.

Carlisle Castle has served as a prison during various periods in British history. Arguably its most famous detainee was Mary, Queen of Scots, who was incarcerated here in the summer of 1568. Apparently the spirit of her custodian Sir Francis Knollys has been seen about the place. Mary was housed in rather modest quarters and was allowed to walk about the castle. 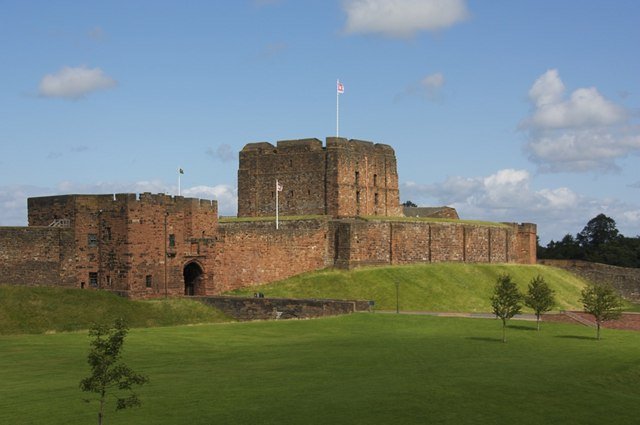 However such liberties were not enjoyed by most other prisoners, including the Jacobites who were confined here by the Duke of Cumberland after he took the castle during the Second Jacobite Rising of 1745.

The unfortunate prisoners of the Duke – who was nicknamed The Butcher for his brutal treatment of the Highlanders – were confined without food or water in a cramped dungeon. They quenched their thirst by licking moisture off the dungeon walls, which came to be known as ‘licking stones’.

There was a grisly discovery at the castle in 1819 when structural alterations uncovered the skeletons of a woman and a small child. Judging from their attire, the remains were estimated to date from the reign of Elizabeth I.

There was also some speculation that these persons may have been walled up alive – a not infrequent practice in those days. This gruesome find was later thought to be the cause behind an unearthly incident in 1842, when a guard encountered a mysterious woman whilst patrolling the castle.

When she suddenly vanished before his very eyes he fainted. He subsequently died after relating the bizarre occurrence.