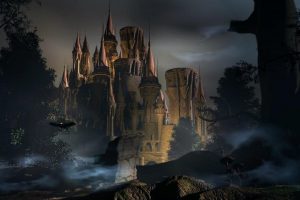 Paranormal English Trio: Arundel, Berry Pomeroy and Hermitage. The castles were built centuries ago and look like they should be haunted. These English castles, while they share having ghosts, have their own unique haunters.

The original castle was built in the 1100s. It is thought that the present day castle dating to the 1800s was built on top of it. It’s been the Norfolk’s ancestral home since Catherine Howard’s uncle seized it in the late 16th century.

She was one of King Henry VIII’s wives. The Blue Man is a specter of a Cavalier who is usually seen in the library as if looking for information. Sightings date to the 1600s. 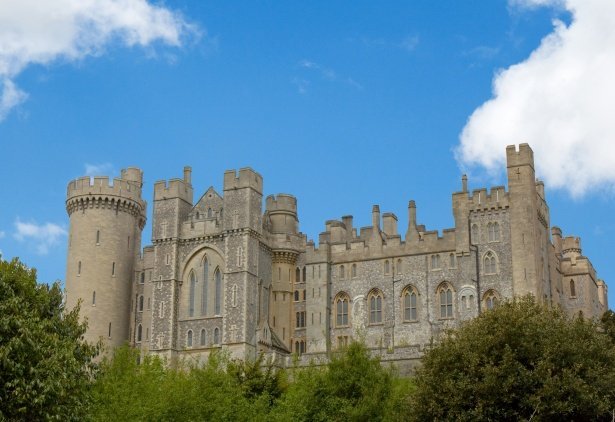 The phantom of a kitchen boy is heard and seen feverishly scrubbing pots and pans. He was abused in life and died young. The young woman dressed in white, who, according to legend, killed herself by jumping off of Hiorne’s Tower because of love not returned.

Her ghost is seen near the tower. Other phenomena are phantom sounds of canons and the ghost of a white bird as a death omen. It appeared before the Duke of Norfolk died in 1917.

The castle, now, is merely ruins. The de la Pomerai, Anglicized as Pomeroy, owned the castle since the Norman Conquest. They sold it in the 16th century. Sir William Farquar, a doctor, wrote about an experience he had in the 1800s.

He was called to attend to a steward’s wife who was ailing. While Farquar waited, he saw a beautiful young woman in white come into the room. She was distressed. She went across the room, looked at the doctor, then vanished. 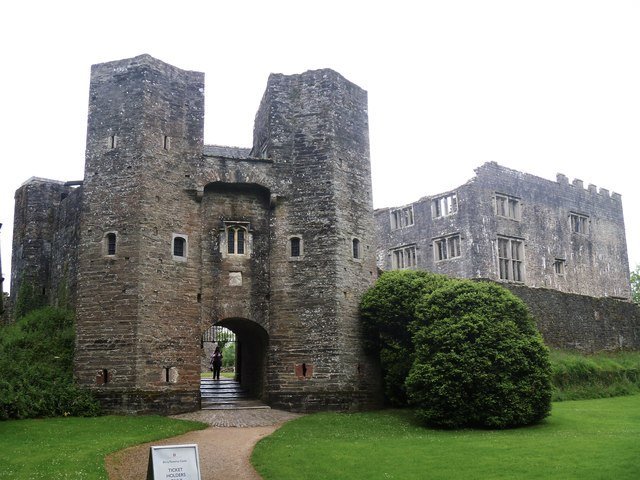 The same thing happened the next day. The steward’s wife died several hours after the doctor’s last visit. According to legend, the ghost is a former castle owner’s daughter who was cruel in life and was fated to haunt the edifice.

She is regarded as a death omen of someone associated with the castle. Lady Margaret Pomeroy loved the man her sister, Eleanor, also loved. Eleanor was insanely jealous and had Margaret thrown into the dungeon where she died of starvation.

People have sighted Margaret’s ghost in white robes rise out of the dungeon and stroll on the ramparts. People have seen a ghost of a woman dressed in a blue hooded cape. Legend is that she was a Pomeroy who smothered her baby. People have heard the phantom baby’s cries.

The castle, built in the 1200s, is near Newcastleton, Scotland. This is where Mary, Queen of Scots, almost died of a fever. Redcap Sly, Lord Soulis’ familiar’s ghost, is said to haunt the ruins of this castle.

According to legend, Soulis practiced dark magick and kidnapped children and kept them in a dungeon awaiting sacrifice. There are two versions as to how he was killed. 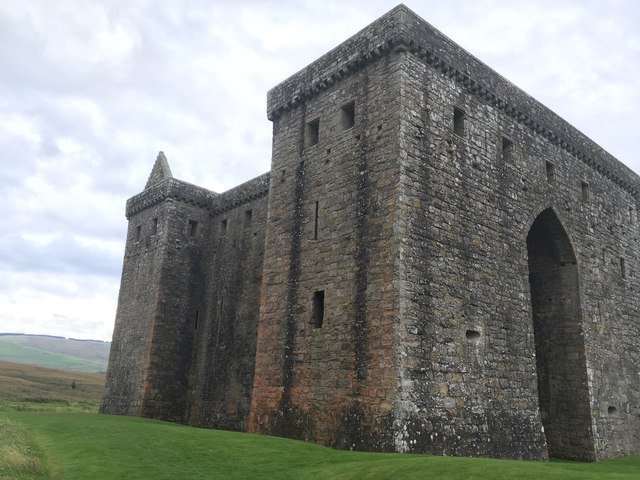 In one, the furious parents of the murdered children attacked the lord, bound him in chains and lead, then boiled him to death. The other states Soulis kidnapped the Laird of Branxholm.

The punishment for this crime was to be covered with lead and boiled to death. People have heard the anguished cries of the doomed children emitting from the castle ruins.

The phantoms are hauntings, energy imprinted in time and space without intelligence. They can be seen and heard and mindlessly repeat the same scenario.