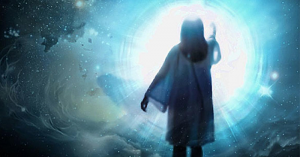 Dreams, scents, unexplained voices, apparitions are some ways that the dead are said to communicate with the living.

Many people believe that the deceased attempt to communicate in various ways, especially if there is unfinished business or if near and dear ones are holding on to grief and refusing to let go.

According to the Harris Poll, “84% of people believe in the survival of the soul after death.”

Dreams, specific scents, objects being moved, voices being heard, auras being seen are some ways the dead are said to communicate with the living.

Do Dreams, Apparitions Relate to After Death Communication?

Dreams are images, sounds and sequences that play out in the mind at an unconscious level while sleeping. Dreams serve a lot of purposes. While dreams reflect our state of mind while being awake, they can also be a place of closure and where answers are more easily accessible than in a wakeful state.

When a person sleeps, his/her resistance is greatly reduced. There is more scope for relaxing and letting be, less control and more unfolding of the mind’s deeper layers.

In a dream state or in a relaxed state of being, the intuitive faculties of the right brain are more active than the left brain functions of logical reasoning. The dormant logical brain is less likely to jump in and reason out and hence allow a communication of the paranormal kind.

Feeling a presence, hearing Voices, seeing apparitions are other ways the dead are said to attract the attention of the living. “20-40% of the US population have experienced some kind of after death communication,” according to Bill and Judy Guggenheim, founders of After-Death Communications.

Hearing the passed one’s voice or name, smelling their perfume or seeing their aura or energy are other ways of “seeing” across the veil of life.

EVP or Electronic Voice Phenomenon is the process of spirits communicating via electronic equipment. Voice of a spirit can be captured on a tape or digital voice recorders.

EVP is also known as, “ghost recordings,” or “ghost voices.”

Dr. Gary Schwartz, Professor of Psychology, Medicine, Neurology, Psychiatry, and Surgery at the University of Arizona, performed four years of experiments with a psychic medium, Allison Dubois – the woman whose life inspired the NBC series Medium.

Dr. Schwartz wrote a book on his findings, The Truth About Medium, [Hampton Roads, 2005]. In short, Dr. Schwartz found laboratory evidence that mediumship and psychic ability is real.

Belief in life after death is a matter of personal experience and cultural and/or religious factors. Whether a believer or a skeptic, it is better to keep an open mind to learn more, eliminate fear and normalize the paranormal.