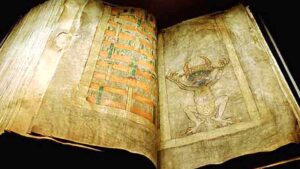 Codex Gigas, also known as the Devil’s Bible is the largest and possibly the strangest manuscript that we know about. It measures 3 feet (1 meter) in length and it takes two people just to lift it. More than 160 animal skins were required to make it.

Legend has it the Codex Gigas was created based on a pact with the ‘devil’ and that is why it has been called the Devil’s Bible. It is said to have been written during the course of a single night by a monk sentenced to death.

The monk’s dabbling in the demonic arts earned him the sentence of being walled up alive. The night before the execution, the monk made a pact with the devil himself. In exchange for his soul, the devil agreed to help the monk finish his magnum opus. 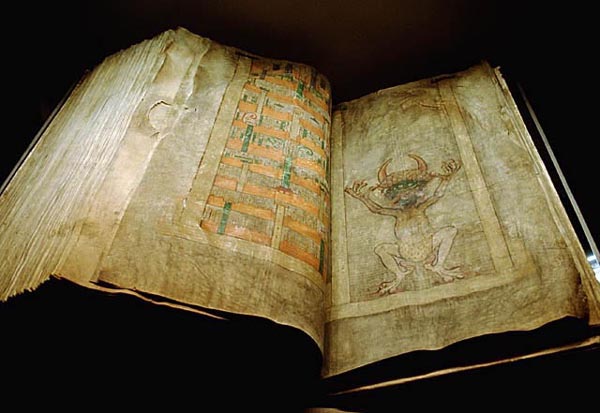 Numerous stories surround the codex, all of them centered on the idea that it brought disaster and misery to whoever possessed it. However, these legends are suspected to have been religiously propagated.

Written in Latin in the 13th century, the origins of the giant codex are still unknown. It contains a complete Latin translation of the Bible, alongside five other texts.

Among them is a version of Flavius Josephus’ Antiquities of the Jews, medical works belonging to Hippocrates and Isidore of Seville’s Encyclopedia Etymologiae. 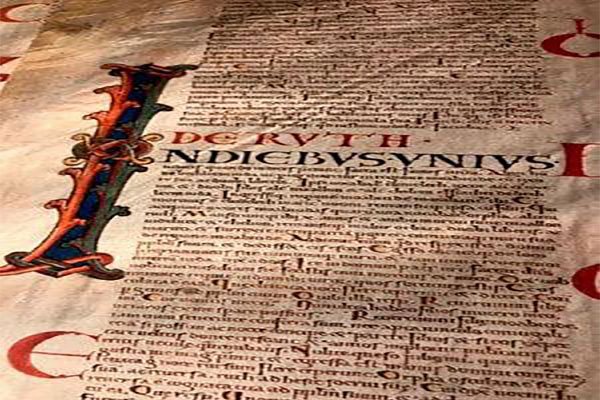 The codex also contains a collection of smaller texts and annotations and it is these texts that have proven quite interesting.

They include notes on the practice of exorcism as well as magic formulas and incantations. The manuscript also contains a picture of the Heavenly City and the Pearly Gates right next to a detailed full-page illustration of the Devil.

It is very likely that this illustration gave rise to the legends around the manuscript. 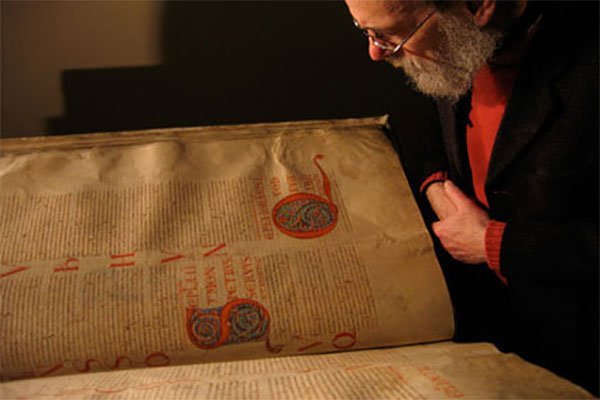 According to experts, it would take a single person 5 years of continuous work to complete the manuscript and that doesn’t include the illustrations.

In realistic terms, this equates to around 30 years of dedicated work. The writing itself seems to have been done by a single person, according to graphologists.

It has also maintained its consistency throughout the entire work and this has probably contributed to the legends around the codex and its alleged single-day creation.

The Devil’s Bible is currently on display at National Library of Stockholm and can be viewed by anyone interested in it.