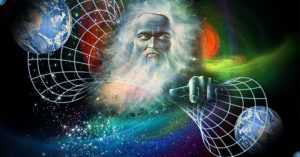 Around the world, people use various methods to connect with the divine and express their spirituality. Buddhist monks meditate for hours. Muslims pray to Allah five times a day. Christians sing songs to God and lift up their hands. Others perform ritual dances or recite ancient scriptures.

Religious activities have long been a subject of fascination, but scientists have taken it to a whole new level in recent years with the field of neurotheology. This emerging area has to do with how religious experiences trigger physical changes in the brain.

It has led to some fascinating conclusions as well as the invention of the God helmet, a device that supposedly can induce supernatural experiences.

In fact, scientists have long viewed people who have religious experiences as having brain disorders including Moses, St. Teresa of Avila, and St. Paul. The account of St. Paul’s conversion in the book of Acts has been a subject of scientific inquiries.

The account in the Bible mentions that Paul experienced a flash of light, voices, and blindness on the road to Damascus. Many scientists claim that Paul suffered an epileptic seizure occurring in the temporal lobe since he experienced many of its symptoms.

Scientists, however, are now discovering that many parts of the brain are stimulated during a religious experience. Several studies have been conducted on religious participants while performing some activity. 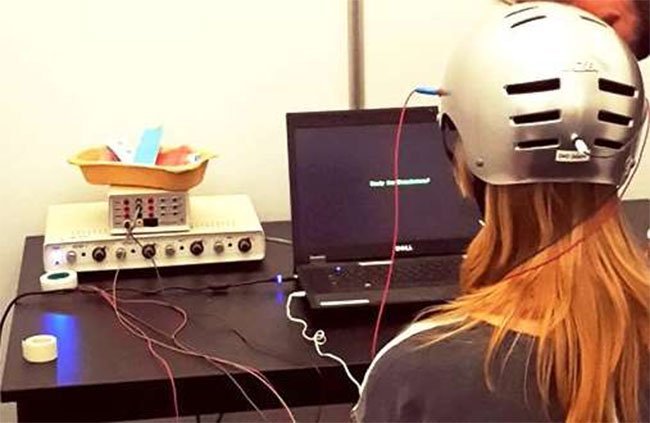 For example, Dr. Andrew Newberg at the University of Pennsylvania used imaging technology to provide a picture of the brains of Tibetan monks while they meditated. The monks were instructed to pull on a string when they were beginning to enter a meditative state.

Newberg then injected radioactive dye that would provide an image of which areas of the brain were activated by looking at the amount of blood flow.

Newberg speculates that this decrease of activity in the parietal lobe leads to feelings of being one with the universe or with God, something that people often describe in those terms during spiritual experiences.

It could also be why humans lose their ability to differentiate where they begin and someone else begins during religious activities, that sense that they are caught up in the experience and communing with a supernatural being.

A study of Pentecostal Christians speaking in tongues found that there was actually a decrease of activity in the frontal lobes of the brain, and oddly enough, the language centers of the brain were not activated. These results tend to support the descriptions of those who speak in tongues of losing control of themselves as God speaks through them.

Nevertheless, these studies have generated much controversy. Religious experts say that scientists in the field are reducing supernatural experiences to only what happens in the brain. Others believe that religious experience is more than just meditating or praying and can include making certain moral choices or giving to the poor.

Still others question of the methods of the studies since they have not been done on individual, personal experiences but only in larger groups. Questions also remain about the creation of gadgets that try to induce religious experiences by stimulating certain parts of the brain.

These electric pulses disrupt the brain, causing the left temporal lobe to explain the activity in the right side of the brain as a presence. In experiments with the device about eighty percent of people reported sensing something nearby.

These presences can include both the divine and the demonic. Persinger also believes that some people are more biologically predisposed to sensing the spiritual. The God helmet is a modified snowmobile helmet that features solenoids over the temporal lobes. The device produces electromagnetic fields as strong as those generated by a hairdryer or a landline telephone handset.

The God helmet was not originally designed to provoke religious experiences but to test several of Persinger’s hypotheses about brain function. One of those hypotheses stated that the many paranormal experiences like feeling the presence of spiritual beings like ghosts or angels or the sense of having past lives is due to interhemispheric intrusion.

Interhemispheric intrusion happens when the left and right senses of the self that come from the brain are disrupted. Despite the fact that many people in Persinger’s studies sensed another presence nearby, the results of his studies have yet to be scientifically replicated elsewhere.

However, the God helmet has been getting a lot of attention and has been featured in many TV documentaries.

Ultimately, more research is needed to determine if the God helmet can actually produce religious experiences related to feeling the presence of a divine being. Studies done by Dr. Andrew Nerberg, though, indicate that the brain does undergo changes during religious experiences and that there is physical activity occurring in the brain when a person speaks in tongues, meditates, and senses that they are connecting with the spiritual world.

These studies even suggest that the brain is already hardwired for religion or for beliefs that supernatural beings exist.

The idea that the brain may be hardwired for religion is almost humorous. This would imply that religion is the result of evolution and confers some advantage. Does this mean that atheist suffer some unknown evolutionary disadvantage? Considering how believers and atheist are often at odds this is a strange relationship indeed.

People Can Lose Their Memory For Unknown Reasons