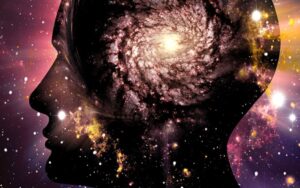 A secret CIA report from 1983 on the “Gateway Experience” asserted that altered states of consciousness may be able to transcend space and time. After being declassified, the document has recently gained popularity on social media, reports iflscience.com.

In 2003, the 29-page “Analysis and Assessment of the Gateway Process” study was made public. The paper is believed to have been a component of a larger CIA research into whether hypnosis and mind control theories could be applied to Cold War espionage operations.

It’s a lengthy, wordy study that covers a wide range of topics, including quantum mechanics and neuroscience, and it balances between hard science and pseudoscience like it’s walking a tightrope. It essentially boils down to the CIA investigating the idea of inducing a profound out-of-body experience that could possibly tune into some kind of higher realm beyond reality.

“Fundamentally, the Gateway experience is a training system designed to bring enhanced strength, focus, and coherence to the amplitude and frequency of brainwave output between the left and right hemispheres so as to alter consciousness, moving it outside the physical sphere so as to ultimately escape even the restrictions of time and space,” the report reads.

The technique, called the Gateway Process, is based on ideas developed by the Monroe Institute, a nonprofit organization focused on the exploration of human consciousness.

The theory is that certain exercises can allow the brain to “hemi-sync”, whereby brain waves in the right and left hemispheres synchronize at the same frequency and amplitude. Hemi-sync, the report argues, can be achieved through a series of meditation-like exercises while listening to a set bunch of soundwaves, known as the Gateway Tapes.

As per the report, the universe is a complex system of “interacting energy fields” in which states are simply variations in energy. Human consciousness is no different, according to the report, it’s just a vibrational pattern of energy.

Once “hemi-sync” is achieved, the report says, it can trigger an altered state of consciousness in which the vibration of a person’s consciousness is free from physical reality and tunes into this pure energy field.

Drawing on ideas of quantum entanglement, the report claims it may be possible for human consciousness to profoundly alter the universe since reality is a holographic projection; the part encodes the whole. In this understanding of reality, everything is deeply connected in a matrix of interconnected energy vibrations, from your consciousness to the depths of the universe.

“This consciousness participates in the all-knowing infinite continuum of consciousness which is a characteristic of energy in the ever-present,” continues the report.

“Consequently, it is accurate to observe that when a person experiences the out-of-body state he is, in fact, projecting that eternal spark of consciousness and memory which constitutes the ultimate source of his identity to let it play in and learn from dimensions both inside and outside the time-space world in which his physical component currently enjoys a short period of reality.”