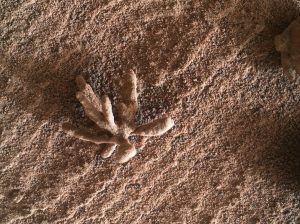 On February 24, 2022, the Curiosity rover (NASA) captured an unusual formation on the surface of the Red Planet. The device used a MAHLI camera located at the end of a robotic arm. This was reported on the NASA website.

This image was taken when the lens was about 5 centimeters away from a mysterious structure, very similar to terrestrial coral.

What the apparatus captured, the researchers call a mineral formation. 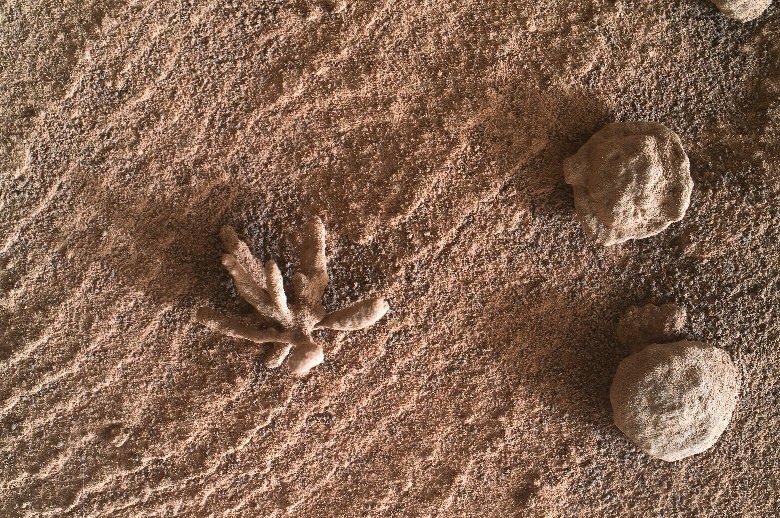 Most MAHLI daylight images use the sun as the light source. However, in some cases, two sets of MAHLI white light LEDs and one set of long wavelength ultraviolet (UV) LEDs can be used to illuminate targets.

The Curiosity rover acquired this image while the white and ultraviolet (UV) LEDs were turned off.

Although scientists call it a natural formation, some researchers do not agree with this thesis.

In their opinion, we cannot categorically deny that the mysterious object is something alive, since we have not yet encountered living objects on other planets and we condemn everything from the point of view of the Earth.