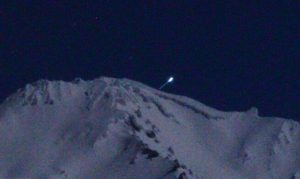 Mount Shasta is in the state of California and is a stratovolcano. Among ufologists and esoteric Shasta is a mystical place with many legends.

Hundreds of years ago, local Indians believed that Shasta was a concentration of wisdom and great power, and if you climb a mountain, you can clear the soul and be cured of any disease.

Over Shasta, clouds of unusual shape are often visible. Someone thinks that this is another proof that Shasta is a place of Power, while others think that these are just natural phenomena.

Every year, hundreds of ufologists, fans of paranormal phenomena, adherents of a variety of spiritual practices and other “strange people” come to the mountain. There are legends that the treasures of Lemurians or Atlantes are hidden inside the mountain and many people would like to find them. 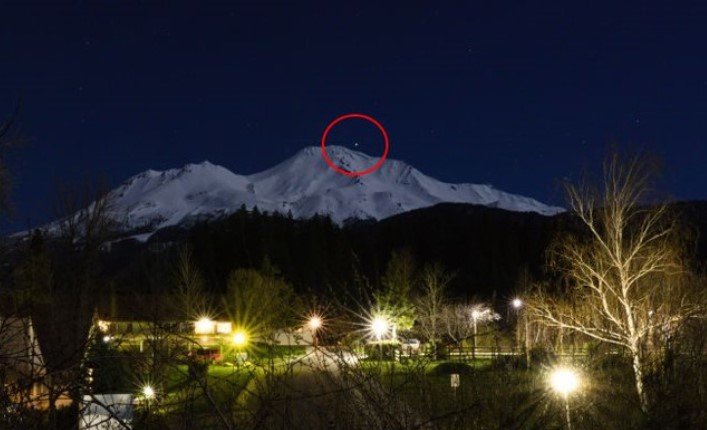 Especially often over the Shasta see a UFO and ufologists believe that somewhere inside the mountain is an alien base.

Photos of a bright spherical object flying from Mount Shasta were sent to the MUFON ufological website a few days ago. The pictures were taken on April 17, 2019.

Suddenly, he realized that one star is too bright and that in each shot it changes its location.

If you view all the photos one after another, it turns out that this object takes off from the mountain, leaving behind a thin “tail”.