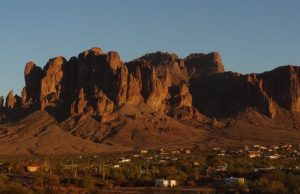 There’s no reliable estimate of the number of people who died or vanished while searching for the Lost Dutchman Mine.

Some were killed by Apaches because they trespassed on the tribe’s sacred land. Others were murdered for various reasons, not because they searched for the mine. The mystery of who or what killed the searchers remains.

The Weaver’s Needle is a landmark for the Lost Dutchman’s Mine where many have mysteriously died or vanished while searching for its golden treasure trove.

Don Miguel Peralta discovered the mine in 1845. In 1848, Apaches massacred between 100 and 400 men because they wanted them off their sacred land.

Dutchman Jacob Walz found it years later. He’s alleged to have killed at least two men who found his treasure, his partner, Jacob Weiser, and others.

Soldiers Searching for the Lost Dutchman’s Mine Killed

Summer 1880: Two soldiers, discharged from Fort McDowell, arrived in Pinal to find jobs at the Silver King Mine, operated by Aaron Mason. They asked him to look at gold ore they found. Mason saw it was rich and asked were they discovered it.

They found remains of an old a tunnel and a mine in the Superstition Mountains. They mentioned a rock formation that Mason was sure was Weaver’s Needle. He asked them if they could find the place again. They could, so the trio formed a partnership.

The soldiers left Pinal and didn’t return. Mason formed a search party that found one soldier’s naked body. He was shot in the head. The next day, they found the other’s body in the same condition.

Prospectors Searching for the Lost Dutchman’s Mine Died

A year later, Joe Dearing came to Pinal and worked as a part-time bartender. After he heard about the soldiers’ death, he began to search for the mine. He claimed he discovered its entrance and that it was a partially debris filled tunnel-shaped pit with a large opening at the top.

There was another tunnel that had been covered with rocks. Dearing, then, worked at the Silver King Mine to earn money for excavating his find. He died in a cave-in a week later.

Elisha Reavis, “Madman of the Superstitions,” lived on the mountain from 1872 until his murder in 1896. Apaches ignored him out of awe and fear. It’s said that he ran nude through the canyons at night, firing his pistol at stars.

In April, Reavis’ friend realized he was late for his excursion to town and looked for him. Reavis’ decomposed decapitated remains were found near his home.

Two Easterners searching for the mine vanished that year. 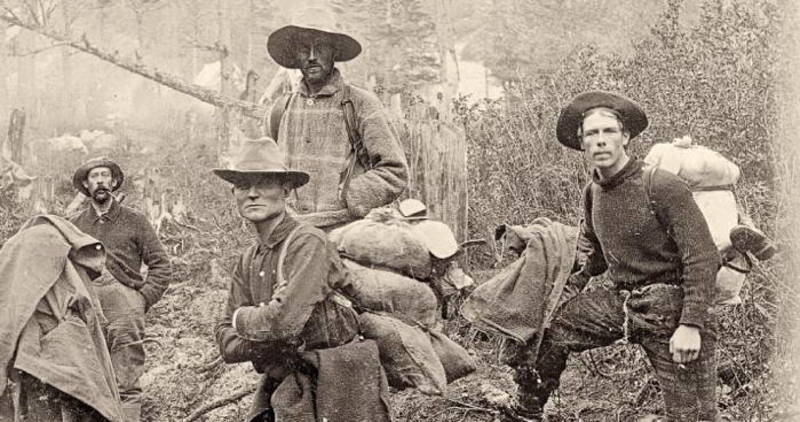 Around 1900, prospectors Silverlock and Malm started to search for the Superstitions’ mine. They found some gold from the Peralta Massacre. In 1910, Malm arrived at a Mormon camp in Mesa, babbling that Silverlock tried to kill him.

Silverlock was deemed insane and committed to the territorial asylum. Later, Malm went to the county poor farm. Both men died within two years.

A woman’s skeleton, along with several gold nuggets, was found in a cave, high up on Superstition Mountain. The coroner judged her death to be recent. There was no further information.

June 1931: Adolph Ruth went to the Superstitions with an old Peralta map. In December, his skull was found with two holes in it. His other remains were found in January. There was a note with the words indicating something was about 200 feet across from cave and Veni, Vidi, Vici, I came, I saw, I conquered, but no treasure map. Death attributed to suicide or sunstroke.
December 1936: Roman O’Hal died in a fall. Death ruled accidental.

1937: Guy “Hematite” Frink discovered rich gold nuggets on the mountain. The following November, his body and a small sack of gold ore were found. His death was ruled accidental, although he was shot in the stomach. Why the one who shot, did not take gold?

June 1947: James A. Cravey searched for the Lost Dutchman Mine. In February, his headless skeleton was found in a blanket; his skull, found about thirty feet away. Coroner’s jury ruling: no evidence of foul play.

1952: Joseph Kelley disappeared. His skeleton was discovered near Weaver’s Needle in May 1954. He was shot from above. Coroner’s jury decision: accidental.

January 1956: A Brooklyn man was reported missing. His body was found the next month with a bullet hole above his right temple.

April 1958: An abandoned campsite containing a bloodstained blanket, Geiger counter, gun-cleaning kit with no gun, cooking utensils and some letters from which the names and addresses had been removed was discovered. No trace of its owner was found.

January 1961: Hilmer Charles Bohen’s body, buried beneath sand, was found near the mountain’s edge. He had been shot in the back. Two months later, Walter J. Mowry was found shot to death. Jay Clapp vanished in July. His headless skeleton was discovered three years later.

It’s known that Apaches and, possibly, Walz killed people. At least six deaths were ruled accidental or of unknown cause, while evidence pointed to murder. According to Apache legend, the Thunder God killed them.

Most people theorize that the killers were humans. Some believe that the lands are hunted and an unknown energy that killed the victims.

Dearing said the mine was the most dreadful ghostly place people can think of. The deaths are as mysterious as the Lost Dutchman’s Mine’s location.