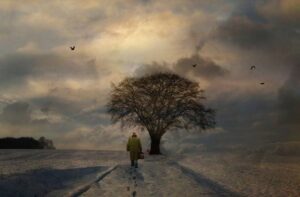 This world is filled with bizarre events and unusual coincidences. According to Wikipedia, a “coincidence” is a collection of two or more events or conditions, closely related by time, space, form, or other associations which appear unlikely to bear a relationship as either cause to effect or effects of a shared cause, within the observer’s or observers’ understanding of what cause can produce what effects.

These true stories are just a few examples of amazing and unusual coincidences that occurred around the world:

In 1626, a fishmonger in Cambridge, England tugged a still-legible book (bound in sailcloth) from the belly of a fish caught. It proved to be a theological treatise written by John Frith a hundred years earlier.

Frith’s writings had caused him to be burned at the stake as a heretic in 1533. The manuscript had been written while Frith imprisoned at Oxford in a cellar used to store fish where other prisoners had actually died from the stenc.

To honor the circumstances of its composition and deliverance, the book was reprinted in 1627 as “Vox Piscis”, literally “Voice of the Fish”, and the book was not burned.

In Edgar Allan Poe’s 1838 story with the title “The Narrative of Arthur Gordon Pym of Nantucket.” There is a story about three starving shipwreck survivors murder and consume their companion named Richard Parker. A few decades later in 1884, three real-life ship wrecked sailors were tried for the murder of the fourth sailor, his name was also Richard Parker and he was also eaten.

In 1883, jilted by her lover, Henry Ziegland, a Texas woman killed herself with a gun. Seeking for revenge, her brother went after Ziegland – however he was unaware that his first bullet had missed and embedded in a tree – and then took his own life. Thirty years later, in 1913, Henry Ziegland decided to fell the same tree with dynamite whereupon the long lost bullet. Propelled by the explosion, finally the bullet found its mark on the second try, into Ziegland’s head, killing him instantly.

On July 28, 1900, stopping by chance at a restaurant outside Milan, Italy’s King Umberto I was astonished to encounter his double (the restaurant’s owner), in face and other physical appearances as well.

His name was also Umberto and was born in the same town with the same birthday (March 14, 1844). Both men had married women named Margherita on the same day (April 22, 1868) and both sired sons named Vittorio. They had twice been decorated for bravery, and both times at the same ceremonies (once in 1866 and again in 1870).

But when he asked about his double the next day, the king was shocked to learn that he was shot to death. The very next moment, the Royal Umberto also died, he was shot three times by an assassin.

In the 1920s, on an unusually empty train in Peru, three Englishmen were surprised to find that they share similar name, the first man name is Bingham, the second man name is Powell, while the third man said “Believe it or not, gents, I’m Bingham Powell”.

On June 6, 1944, in the month leading up to the allied invasion of Europe, solutions to clues in London’s daily telegraph crossword puzzles included: “Neptune”, “Omaha”, “Utah”, “Mulberry”, and “Overlord”. All of those words were top secret D-day code words, and all published by pure coincidences.

In 1953, at London’s Savoy Hotel in 1953, a newspaper columnist Irv Kupcinet was startled to find items belonging to his old friend, Impresario Harry Hannin. Two days later, Kupcinet received a letter from Harry Hannin: “You’ll never believe this, but I’ve just opened a drawer here and found a tie with your name on it while i was staying at the Hotel Meurice in Paris.”

In 1985, there was a car crash accident, the victim name is John Stott, witnessed by Bernard Stott, investigated by police officer Tina Stott, and administered by desk sergeant Walter Stott, and the four were not related.