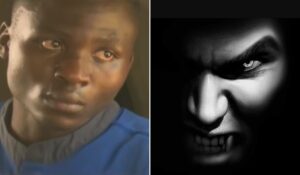 20-year-old Kenyan Masden Milimo Wanjala was arrested in Nairobi after two dead children’s bodies were found in the area.

Wanjala immediately confessed to killing these children and stated that he had killed eight more minors in the past five years.

When the police launched an investigation into the murder of the teenagers, they tracked down the suspicious young man and it turned out that the trail was correct.

Wanjala not only immediately confessed to everything, but also led the police to show the places where he hid the other eight bodies. These were mostly dense bushes near the corn plantations, but several of Wanjala’s bodies were thrown into the sewers.

The first victim of Wanjala was 12-year-old Purity Maveu, and Wanjala himself was then only 16 years old. He said that he had kidnapped the girl and drank her blood to his fill, and then left her for dead.

Three years later, Wanjala attacked a 13-year-old boy named Aron. When the corpse of a brutally murdered child was found, residents of the area burned down the house of the man who was falsely accused of this murder.

All of Wanjala’s victims were children aged 12-13. It is known that before killing children, the vampire forced them to drink or injected them with some kind of white substance in powder or liquid form.

During interrogation, Wanjala never once repented of his actions, and moreover, he stated that he received “a lot of pleasure” from killing children.

“I like to drink young blood. I would drink even more. It gives me the strength to continue to live,” said the vampire.

He did not drink blood from all children, but he did it with at least several victims. The police are now trying to locate the bodies that the vampire killer threw down the drain.

They are also looking for a possible accomplice of Wanjala and find out all the details of how he committed his crimes and how many people he actually killed.