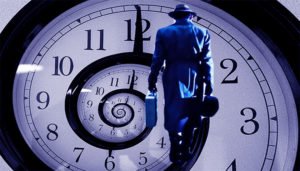 The famous astrophysicist Ron Mallett is sure that he knows how to travel in time. But for now, all his guesses are just theoretical.

Some time ago, a professor of physics said that he wrote a special formula that could become an excellent basis for creating a real time machine.

He also managed to create a prototype of the device in order to demonstrate the main element of his theory.

At the same time, most of Mallett’s colleagues are still not sure that the time machine can become a reality.

In order to understand the work of the Mallett mechanism, you need to know the theory of special relativity, which belongs to Einstein.

The device features a ring of lasers and the idea is to ‘twist’ the space inside the ring. According to Mallett, because time and space are intricately linked, warping one should also warp the other.

Nevertheless, developing a fully functional version of the device would require extremely large amounts of power and a way of miniaturizing all of the components-two hurdles that he has yet to overcome.