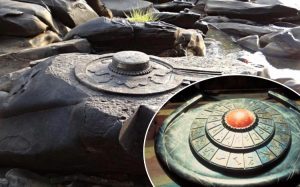 In the river Shalmaly, which flows in the state of Karnataka, scientists have found not just a strange artifact, but an entire archaeological complex, which was named Saharasling. The find was made after the shallowing of the reservoir.

Elements constitute a complex monolithic structure made of stone, but over the millennia, unfortunately, not all of them survived.

However, even the remaining parts allowed experts to evaluate the skill of ancient people, as well as form some hypotheses regarding the purpose of the find. 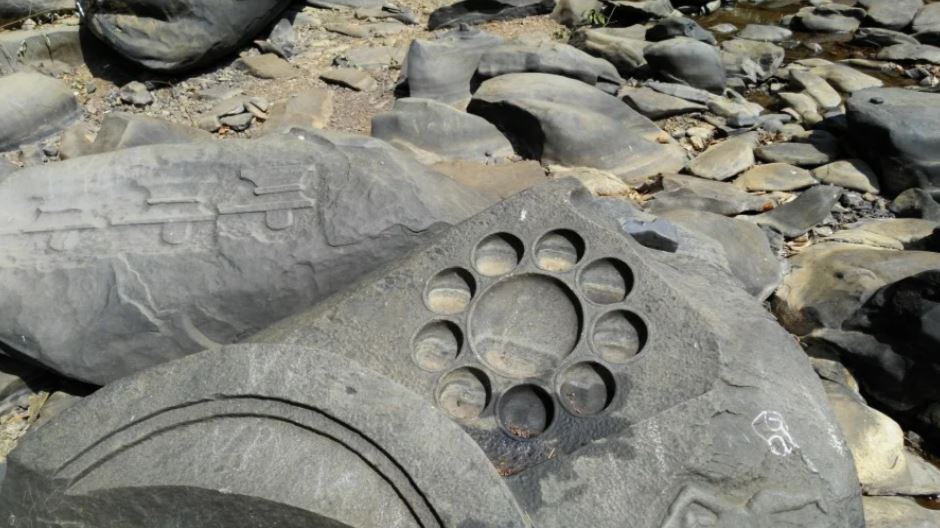 The stones were distinguished by incredibly high-quality processing: on the top there are 10 mysterious circles. Outwardly, the find is similar to the Stargate Dial Home Device.

The second part of the structure resembles a complex mechanism. One gets the impression that some high technology was used to create it.

Due to the damage to the artifact, it is impossible to fully examine it; some things scientists have to think out on their own.

It is worth noting that pilgrims regularly now come to this mysterious place and local people believe that the complex was created by the gods.

Scientists have found out why people have nightmares