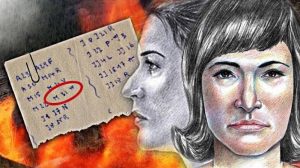 The strange case of the Isdal woman has endured as one of the most puzzling mysteries to emerge from Europe in the past century.

Regarded as one of Norway’s most profound and intriguing crime cases, the mystery of the Isdal woman refers to an incident involving the discovery of an unidentified woman’s body at Isdalen Valley in Bergen, a municipality located on the west coast of Norway.

On November 29th, 1970, a local university professor was hiking in Isdalen Valley along with his two young daughters when they happened upon a harrowing scene: They discovered the charred, naked body of a woman lying in the middle of what appeared to be an extinguished campfire.

The scene was littered with an odd array of memorabilia, including an empty one-quart liqueur bottle, a packed lunch, twelve pink sleeping pills, and two plastic bottles that carried a strong smell of gasoline.

A burnt passport was found near her body as well. There were physical bruises indicating that she may have received blunt force trauma to her neck, and autopsy reports later revealed that she had ingested well over 50 sleeping pills the night before her death.

A full-scale investigation was launched by the Bergen police, and further information from the autopsy report revealed that the woman had died as a result of carbon monoxide poisoning along with severe physical burns.

The evidence continued to get more bizarre as police discovered that the woman’s fingerprints had been sanded off. Attempts to identify the woman through dental records proved to be elusive as well; the only conclusion that examiners could draw is that the type of dental work the woman had received indicated that she may have visited a dentist in Latin America.

Investigators were eventually able to make a connection between the mysterious woman and the discovery of two briefcases at a Norwegian State Railways (NSB) train station in Bergen. The labels had been removed from every piece of clothing found within the suitcases.

Police also discovered a prescription for a certain type of lotion, but the name of the doctor and date of the prescription had both been removed. Five-hundred German marks were found within the lining of one of the suitcases.

A diary was also discovered in which the woman had written several cryptic entries that seemed to be somewhat of a code language. Based upon further analysis of the diary, police concluded that the entries were more than likely an encoded list of places that the woman had visited, along with dates.

Through interviewing witnesses as well as a detailed examination of the body, police were able to construct composite sketches that were subsequently distributed throughout the local media, as well as internationally by way of INTERPOL.

Prevailing descriptions of the woman indicate that she was roughly five feet five inches tall with small eyes and wide hips. She was also generally described as being very pretty.

Eventually, enough evidence was gathered to ascertain more about the woman’s travels as well as her assumed aliases. She had traveled extensively throughout Norway as well as Europe, and had operated under the following eight identities, all of which were false: Claudia Tjelt, Vera Schlosseneck, Jenevive Lancia, Vera Jarle, Alexia Zarna-Merchez, Elizabeth Leen Hoywfer, Claudia Nielsen, and Finella Lorck.

According to witness reports, the woman often used various types of wigs and spoke several different languages including English, Dutch, French, and German. She had a fairly regular pattern of checking into various hotels throughout Bergen, often requesting to change rooms once checked in, and frequently requesting rooms with balconies.

According to several papers she signed, her occupation was listed as a traveling saleswoman who dealt in antiques and collectibles. Several interviewed employees from the various hotels she stayed in commented that she had a particular affinity for porridge with milk, as she would often order this dish during her stay.

After investigating the contents of the woman’s suitcases, police solicited help from several textile retailers in the city of Bergen to help them identify the maker of the woman’s dress. Although no concrete conclusions were drawn, it was generally agreed upon that the woman had a preference for Italian-made garments.

In the early part of the investigation, police managed to contact a potential lead in the form of an Italian photographer who once gave the woman a ride, and also had dinner with her at the Hotel Alexandra in Loen.

The photographer had also formerly been questioned regarding a possible connection to a rape case, but those charges had been dismissed. The woman’s luggage contained a postcard (evidently purchased in Norway) that featured a picture taken by the Italian photographer.

According to police interviews, the photographer had learned more about the woman’s background from his conversations with her, including a statement that she had made regarding growing up in a small town located near Johannesburg, South Africa.

He also stated that she told him that she was only going to remain in Norway for about six months. Ultimately, the Italian photographer’s information did not lead to any further revelations regarding the woman’s identity.

The last eyewitness accounts of the Isdal woman centered on her final activities at the Hotel Marin in Bergen. Hotel staff described her as being very nervous and guarded, and mainly staying in her room.

She checked out of room 407, paying in all cash, and requested a taxi for transportation. One of the witnesses testified that the woman had held a conversation with a man across the hall, stating “Ich komme bald” (German for “I’m coming soon”).

The man’s identity was never confirmed. Her stay at the Hotel Marin proved to be her last, as she would meet her unfortunate fate only a few days later.

Perhaps the last known sighting of the Isdal woman occurred five days prior to the discovery of her body. A 26-year-old man claimed to have seen the woman as he was hiking with friends in the same section of the Isdalen Valley, happening upon her as she was walking briskly through the hills.

He stated that she immediately stood out because she was dressed in high-end clothing, definitely not the normal garb for hiking excursions.

He stated that she had a very fearful look on her face, and as they passed one another on the trail, she seemed to want to say something to him, but refrained due to the presence of two men in black coats who were loosely following her. The young hiker also stated that the two men were possibly of Mediterranean origin.

Upon hearing the news that a woman had been found dead in the Isdalen Valley, the young man contacted the police. The 26-year-old took a look at the composite sketches of the Isdal woman and immediately confirmed that she was the one he had seen only a few days earlier.

When he spoke with the policeman about the case, he was told to “forget her”, and that she had been “dispatched”. He was also told by police that the case will “never be solved.” Not wanting to rock the boat, the young man stayed silent about his experience for 32 years before finally going public with his story.

The mystery of the Isdal woman has remained unsolved to this day. Many experts are particularly intrigued by the similarities between this case and the equally mysterious Taman Shud case.

In both incidents, the labels on the victims’ clothes had been removed, and the fingerprints on both bodies were removed, making positive identification nearly impossible to confirm. Both carried diaries with cryptic entries. Both victims wore sophisticated clothing, and they both appeared to have been well-traveled.

One of the prevailing schools of thought regarding the Isdal woman is that she was more than likely a spy, as the time of her activity was during one of the more subtle periods of the Cold War.

After an extensive investigation involving well over 100 people, her death was ultimately ruled a suicide, although that conclusion remains hotly debated even now. She was buried in February of 1971, but the events surrounding her death continue to be a source of speculation and intrigue to this day.