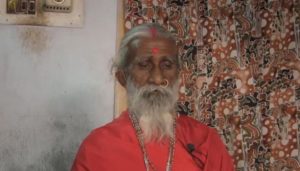 In the Indian state of Gujarat, the yogi Prahlad Jani died at the age of 90. He claimed to have discovered an “elixir of life” that allows him not to eat food and water for at least 76 years, reports NDTV.

According to the assurances of the followers, Prahlad Jani died on May 26 in his native village of Charada, where he was brought at his personal request a few days ago. For two days, his body will be in the ashram so that followers can say goodbye to the mentor.

Since the 1970s, Jani had lived as an ashram (hermit) in a cave in the forest in Gujarat, awakening at 4 AM each day and spending most of his time meditating.

Two observational studies of Jani have been conducted, one in 2003 and one in 2010, both involving Dr Sudhir Shah, a neurologist at the Sterling Hospitals in Ahmedabad, India.

In both cases the investigators confirmed Jani’s ability to survive healthily without food and water during the testing periods.

“We do not know how he survives,” said neurologist Sudhir Shah from a 2010 examination.

Jani himself assured that in childhood he was blessed by a goddess, after which he left his native home and refused food and water.