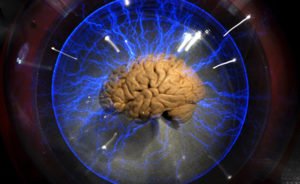 Progress made by science and technology enabled humans to overcome the Tyutchev formula and communicate without using words, and thus to convey thoughts from man to man or man to a computer (robot). Before long we are going to see whether a new civilization, the one that can do without words and muscular efforts, will be born in the process

I have recently come across the website of David Copperfield, a well-known magician. There were four playing cards of different suits on the screen, namely, a jack, a queen, a king, and another queen. The magician suggested a guest play a little game of virtual magic on his website. You were supposed to single out one of the cards, memorize it and push the “button.”

Copperfield promised to remove “your” card from the screen by using his ability to read your thoughts across distances and through the computer. I followed the instructions. My, my, did it really happen right before my eyes? The card disappeared just like he promised it would. How the hell did he pull it off?

The idea dawned upon me after I spent another fifteen minutes playing the game again and again. Needless to say, the game would always end just the same. But I knew for sure that no mind-reading was involved in the trick.

In fact, the magician removes all four cards from the screen, putting in place of the three ones a traditional jack-and-queen-and-king combination that has different suits yet matching colors i.e. red or black.

A card that was chosen by me – or any other card that is singled out – goes away with the others. It takes time to notice that the magician throws in three different cards (which look somewhat similar to the original ones). Anyway, the question is: Is there any way one can control the course of events, various devices or persons by using the power of one’s thoughts and nothing else? It seems to be an interesting question to ponder.

The human brain is known for its electrical activity, which can be recorded by means of a machine called encephalography. Electromagnetic waves from the brain can be intensified and transmitted as electric current to any devices and equipment if a number of electrodes are inserted in the brain or simply connected with the cranium. 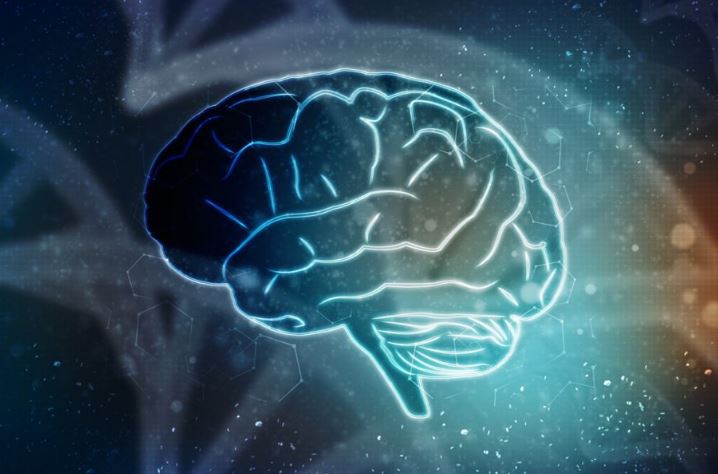 Telepathy or communication between minds by some means other then sensory perception has been popular since the mid-1950s. A large variety of experiments was conducted to gather evidence of mental telepathy.

One experiment involved a telepathist on board a submarine in the sea. Another person, the so-called “receiver,” was located on shore. The person on shore was receiving messages sent telepathically from the submarine steaming under water. He was reported to guess correctly several playing cards chosen by the telepathist out in the sea. No statistical discrepancies were reported.

Another case of extrasensory communication required two parties too. A telepathist would be staring intensely at a go-between to get a message into his head. Then the telepathist would pat the other guy on his shoulder and told him to go to a “receiver”, who was waiting at the basement.

The “receiver” would peer at the go-between for a few seconds and pat him on the shoulder, screaming triumphantly: “A chair!” That is correct, ladies and gentlemen, the telepathist had been thinking about the chair ever since he secretly placed a tidy scrap of paper on the shoulder of the go-between. The paper read: “A chair.”

The list of similar experiments is far from being complete. They were either a failure or hoax. Without intending to reject a theoretical possibility of telepathic communication, we should say that indubitable evidence of mental telepathy is yet to come to light.

Neurophysiologists at the University of Oxford recently carried out researches aimed at developing tomography methods that would help anticipate a person’s intentions to some extent. Volunteers engaged in the experiment were supposed to either add or deduct numbers provided by researchers.

The brain scanning and computer-aided data analysis conducted in the process enabled researchers to locate the “activity marks in the medial cerebral cortex,” according to Professor John-Dylan Heinz. The study shows that the activity change reactions corresponded with a change in volunteers’ intentions in 70% of all cases.

By no means the results of the study indicate any method of “reading one’s thoughts.” The researchers admit that their initial success has nothing to do with miracles demonstrated by telepathists.

The so-called “Berlin brain” broke down the wall between man and a computer. A “hat” comprising 128 electrodes was put over the head of a person engaged in the experiment. The signals from the brain were unscrambled and transmitted to volunteers, enabling them to slowly but surely type up a required text.

American researchers improved the method. Aside from being a matter for purely scientific purposes, the power of thought control techniques can be of practical interests for those who are unable to communicate by any other way e.g. paralyzed patients. Such patients have an ECG taken, which is then intensified and transformed into computer commands.

To make up a message or text, the patient’s brain should react to letters streaming across a nearby computer screen. The selected letters are then “trapped” by sensors attached to the patient’s head. Putting together a phrase takes a while due to obvious reasons.

Still, the technique is considered as huge progress for the benefit of paralyzed patients who previously had to communicate by blinking their eyes, the only communication method available for them in the past.

A similar communications system was designed and developed by Austrian company Guger Technologies. Equipment was put on display at the international fair Medica held in Düsseldorf, Germany, last year. The company even started taking orders for the supply of equipment whose rental price is quite high – in the neighborhood of 4,000 euros per set.

The power of mental communication can be employed not only for helping the handicapped to type messages on the computer; it can also control a variety of mechanisms.

The Japanese automotive manufacturer Honda reported the development of a robot controlled by commands conveyed via the power of thought. At the present stage, the android can only perform some basic movements using its arm or legs.

Subsequently, its design can be improved so that similar equipment may be used as an electronic nurse to tend a bedridden patient in hospital or at home. In the long run, Honda designers are planning to develop a car to be controlled by commands issued by the human brain.

No matter how paradoxical it may appear, the human brain remains the most obscure object on Earth. We still have no answer to the most important question: How does this organ function and why did our ancestors become equipped with it? It is understood that our ancestors could have done without intelligence for satisfying their most basic needs e.g. hunger and procreation.

Anthropoid apes are good at gathering food and making babies, and they do not give a “thought” to issues relating to the secrets of the universe, utilities or a continued increase/decrease in world oil prices.

We do not know what memory is, for instance. How on earth can a person single out the face of his classmate in a crowd? They have not seen each other for thousands years.

In what shape or form are those valuable pieces of information (a classmate’s face, his facial mannerisms or gait) “stored” in the brain?

Assuming that every single act of memorization requires the formation of another piece of white matter, a human being would need the brain of gigantic proportions, the size of the planet. Are we talking about electrical signals? Can it be that the brain operates like some kind of battery? Answers remain to be found.