The Rods phenomenon began in March 1994 once Jose Escamilla, a film editor from New Mexico, caught some interesting footage of a UFO sighting. As he analyzed the tapes in frame-by-frame detail, Escamilla noted long, thin, bizarre objects darting about the screen. 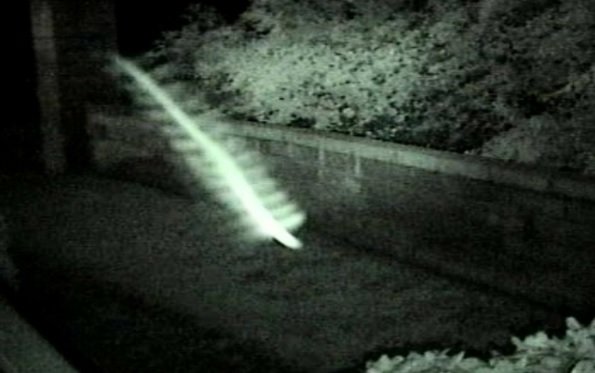 At first he thought they were birds or insects that were very close to the camera lens, but as he sharpened the clarity of the picture, an elongated cylindrical body could be viewed. Their rod-like shape gave them their name, and in subsequent years, a wealth of similar footage has been recorded from all corners of the world.

Rods seem to be living organisms, not noticeable to the human eye because of their fast movement. They have an extended, ultra-thin frame, and sets of wings or fins protruding from their body. The quick, haphazard motion suggests they are organic life, but detailed research is difficult, as they are only discernible in pictures taken with high-shutter-speed cameras.

To some extent they look like stick insects with no real limbs, but the chance potentially they are known organisms has been proven wrong. Footage of rods moving alongside existing animals highlights the fact that their design and attributes are quite unlike any creature that we recognise.

There has been a big quantity of private footage captured by enthusiasts, but very few examples of truly high-grade, broadcast quality photography. Among the best examples of rods on film came from Mark Lichtle, who was recording parachutists leaping into a cavern in Mexico called the Cave of the Swallows.

During the 45 minutes of footage, countless rods can be seen alongside insects, birds and people, and it is now widely accepted that the Cave of the Swallows is one of the best places to capture rods on camera. However, rods are sighted across the world, and even the US Navy is reported to have knowledge and footage of the phenomenon. With an abundance of growing proof, it seems the idea of flying rods has to be taken seriously. But still, no one has any idea what they truly are.