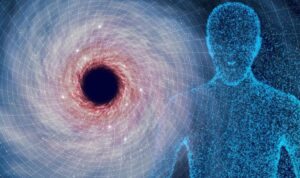 Conspiracy theories are as old as humanity. For every strange or mysterious phenomenon, there is at least one theory that proposes an alternative explanation. Being inherently skeptical, humans have a tendency to dismiss things that do not fit in their system of beliefs, reports vox.com.

There is an abundance of conspiracy theories, each one of them catering to a specific facet of reality. Social and political conspiracies claim offer alternative explanations to the status quo and provide insight regarding world dominance through politics.

Due to the severe lack of writings an artifacts, large chunks of history are hazy or downright unknown. There are many theories that try filling these gaps by proposing unconventional explanations.

But a recent theory scientists are currently investigating could prove the grand-daddy of all conspiracy theories because it refers to every aspect of reality and questions reality itself.

Physicists from the Fermi National Accelerator Laboratory have set out to prove whether the universe we observe through telescopes is really there or just a 2D projection. Our three dimensional world is not a subject to debate and our senses provide specific information that we take for granted.

The researchers claim that the information about everything in our observable universe could actually be encoded in tiny two-dimensional packets similar to pixels on a screen, their size being much smaller than an individual atom.

They admit there is a possibility that we are living encased in 2D projection akin to a cosmic version of The Truman Show.

An underground facility has been built just outside of Chicago in order to test this theory. Two interferometers send a one-kilowatt laser beam that is reflected and recombined.

The scientists are measuring what they call the “holographic jitter” of space-time. Should their findings support this theory, the entire foundations of reality will be shaken and everything we know about the universe will be challenged.

They expect to gather sufficient data to support or dismiss this theory by the end of the year.