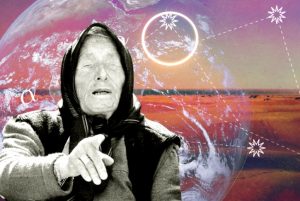 The Bulgarian blind clairvoyant Vanga predicted a big step forward for humanity in the energy sector in 2022.

According to the seer, people will discover a source of energy that will be more powerful than the Sun. The followers of the soothsayer said that, most likely, we are talking about thermonuclear developments.

Vanga believed that with a new source, the time would come when the Earth could rest. Thus, this may mean that the new source will be clean compared to the coal or gas polluting the globe.

According to the clairvoyant, a powerful source will come to our planet from Venus. Interpreters have not yet been able to understand how to interpret this fragment of the prediction

Baba Vanga, born Vangelia Pandeva Dimitrova, was raised in Strumica, a village located at the foot of a volcanic mountain range in what was then the Ottoman Empire.

Vanga led an ordinary life until the age of 12, when she mysteriously lost her eyesight during a massive storm — described as a freak tornado.

The youngster is said to have been flung into the air and then thrown to the ground by a powerful gust of wind.

Her family reportedly found her close to death several days later while her eyes were injured and sealed shut, encrusted with a thick layer of dust and dirt.

Vanga later said she had experienced her first vision during the days she was missing and believed she had been instilled with the ability to heal people and predict the future.

Vanga’s predictions were said to have an 85 percent success rate.